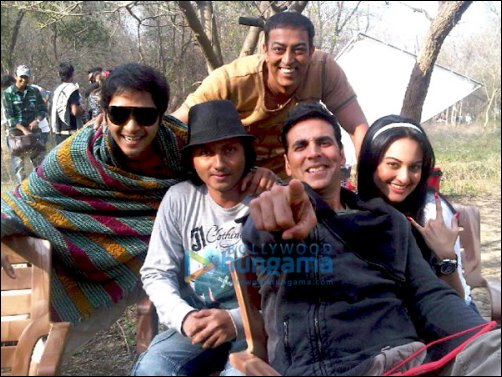 After the much talked about film Tees Maar Khan, Shirish Kunder was all excited to start with his dream project Joker. The film which was initially said to be a superhero movie has since changed is currently being shot in Chandigarh.

Joker which stars Akshay Kumar, Shreyas Talpade and Sonakshi Sinna is well underway with 20 minutes of the film already being shot in the first few weeks itself. Bollywood Hungama came across this image on a popular networking site where Sonakshi says, "We're just a bunch of JOKERS, aap kaaaaauuuunnnn???"

With the pace of the shoot and the strong star cast, we are certain that Joker will be one film to watch out for.