Last Updated 26.09.2020 | 11:19 AM IST
feedback language
follow us on
Home » News » Bollywood Features News » Bollywood News BTS members are painting, cooking, boating and rejuvenating during their vacation in the teaser of In the Soop

The widely popular band BTS will be part of an upcoming reality show called IN THE SOOP that is set to premiere on August 20, 2020. The upcoming series was filmed at Soyang Lake in Chuncheon, Gangwon Province in South Korea. The septet spent seven days in the forest surrounded by the river and shared quality time with each other away from the limelight. 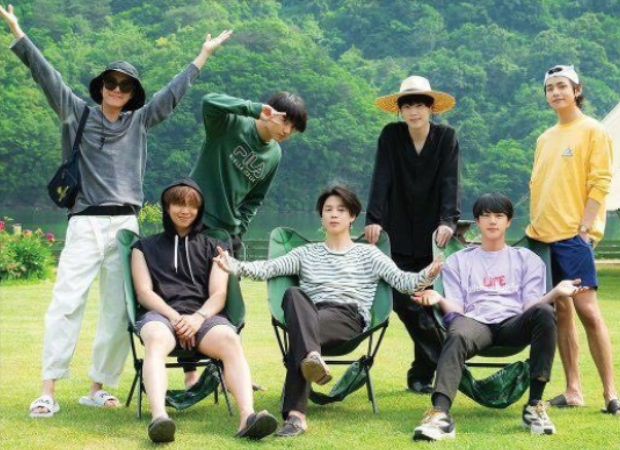 The third teaser finally gives a glimpse into their a week full of healing and rejuvenation and well - a whole lot of fun and hilarious moments. From painting to fishing, playing guitar to cooking to boating - RM, Jin, Suga, J-Hope, Jimin, V, and Jungkook are seen having tremendous time together.

The teaser gives a glimpse of fun moments that reminds you of their previous Bon Voyage seasons. They know how to enjoy themselves. The show will be a healing moment and finding happiness for the seven members after a whirlwind of work-life this past year. They are once again creating memories and sharing with the fans.

It will include 8 episodes approximately around 80 minutes but each episode can differ in duration. There will also be 8 Behind-The-Scenes episode that will be around 10 minutes each. Starting from August 20, the episodes will air every Thursday until October 6, 2020. The show will also air on the channel JTBC from August 19, 2020 - October 7, 2020. The production is done by BTS' parent company, Big Hit Entertainment.

On the work front, BTS is currently working on their next album that may release later this year. Ahead of their album, the septet dropped first teaser photos for their upcoming English track 'DYNAMITE' releasing on August 21. Their first performance of the song is set to happen at Video Music Awards 2020 on August 30.