The South Korean group BTS is gearing up for the release of their upcoming single, 'DYNAMITE'.  Ahead of the single release, BTS has begun dropping teaser photos. 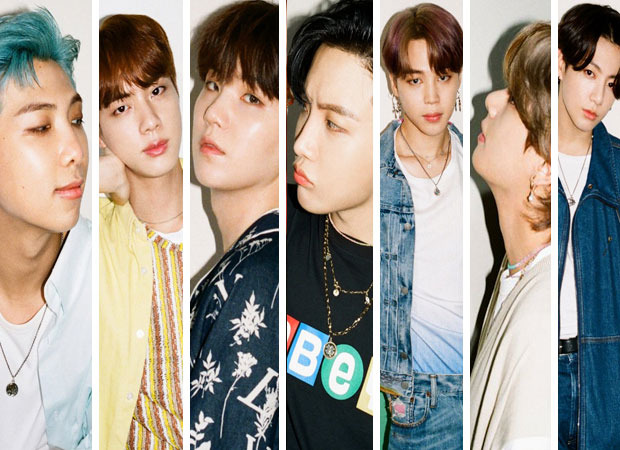 Starting with the first set of solo shots, all the members - RM, Jin, Suga, J-Hope, Jimin, V, and Jungkook - look incredible in this carefree dynamic teaser photos. RM is back with a new hairdo that he has been hiding with a huge hat - undercut with bright shiny blue hair, V is sporting brown hair and well, his iconic mullet is back. Jin has opted for light brown colour, whereas Suga is going for a dark brown look. J-Hope is completely slaying his undercut side-parted hairdo which has often wrecked the fans, whereas Jimin and Jungkook rocking the double denim trend further proving that 'Dynamite' will have a retro vibe to it (here we come - the 90s). The comfy outfits, easy-breezy looks, the perfect blend hairdos - BTS is ready to take over summer.

BTS is currently working on their next album that may release later this year. Ahead of their album, the septet will drop their English track 'DYNAMITE' on August 21. Their first performance of the song is set to happen at Video Music Awards 2020 on August 30.