After wowing audiences with his last track, 'Meri Aashiqui', singer Jubin Nautiyal is set to release his next new song, “Aatishbaazi” on the 12th of August. Jubin, who has to his credit massive musical hits such as ‘Tujhe Kitna Chahne Lage Hum’, ‘Tum Hi Aana’, ‘Kaabil Hoon’ and many more, is guaranteed to win your hearts over with the evocative and mellifluous song ’Aatishbaazi’. The song is roped in to release as the singers first international collaboration with a teen Hollywood thriller film ‘Initiation’. Marking his first international collaboration and debut directorial video, it seems there is no stopping for singer Jubin Nautiyal. 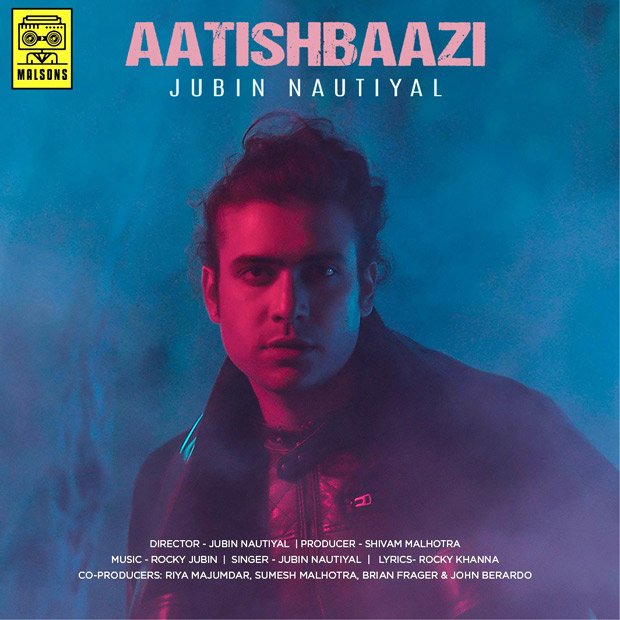 Exploring a new soundscape, this soulful rock number has been composed by Rocky Jubin, written by Rocky Khanna and produced by the young India-USA entertainment startup Malsons. Aatishbaazi brings out Jubin’s voluptuous tone and creates a witty blend of melodies, partnered with powerful lyrics that give added depth to this composition. Shot amidst pandemic and lockdown, the video highlights his love for his beautiful state Uttarakhand and the exquisite visual amplifies its ethereal aesthetic. In a surprise announcement, Jubin revealed the first look of his song poster on 9th August 2020.

One of the most celebrated and desirable performers of the music business, Jubin Nautiyal, recently received accolades and praise for his digital live concerts to keep the spirit alive during a tough time and personally aiding local villagers in Uttrakhand with ration kits. Extremely delighted about this project, Jubin adds’ 'Aatishbaazi is extremely special to me as it’s the first time I got to direct my music video. Under strict film guidelines created especially for us as this was at the beginning of lockdown, along with a small crew, we were able to capture the true beauty of Uttarakhand which amplified the new sound that I have created with Rocky Khanna and 13-year-old Abhrahim Khanna, the youngest music producer in India for Malsons’ first American project. It was with the amazing support of the Uttarakhand government and my team that has stood by me for years, we have created something that has never been explored here before.'

Shivam Malhotra, founder and CEO of Malsons states “Jubin has an amazing international music sensibility that has not been explored yet, and with this project his fans will be experiencing him in a new avatar. Initiation has already garnered amazing traction in the USA and the European territories and we are all super excited for our film’s global release and the sensational music that Jubin has composed and performed for us.”

‘Initiation’, the film comes with a lot of critical acclaims, it was shortlisted for the ‘Midnighters’ at the SXSW festival, only the third-largest film festival in the US, the prodigious Saban Films has bought the international distribution rights for the film and young Indian Start-up Malsons are producers and hold the south-east Asia & Indian subcontinent distribution rights made this collaboration between cross-borders possible.

The film’s director John Berardo says ’Collaborating with Jubin and Malson’s has been, and continues to be, a marvellous artistic journey. Together, they have brought a level of musical sophistication to our film “Initiation,” with the bopping tracks they’ve produced. The songs will get stuck in your head for days, they’re all that good! Jubin just has this fluidity with his beats. His haunting vocals along with Malson’s production has been a dream and I couldn’t be more honoured to have had this experience together.’

“We are hoping to give the 007 theme songs a run for their money”, laughs Shivam.