BTS has done it again, BTS ARMY has done it again! They are making history, setting records after records. The seven members - RM, Jin, Suga, J-Hope, Jimin, V, and Jungkook - dropped their highly anticipated first English single 'Dynamite' on August 21, 2020. Bringing the disco-pop era back, it is an homage to some of the legendary icons. As the music video brought back old memories, it has set a huge record on Youtube. 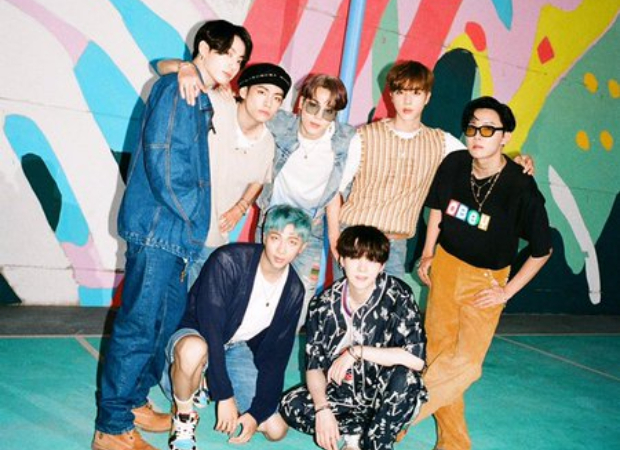 'Dynamite' by BTS registers a new record on YouTube within 24 hours. It has officially become the fastest music video in Youtube history to record 100 million views. The platform confirmed on August 23 that 'DYNAMITE' registered 101.1 million views in its first 24 hours, setting the record for the most-viewed music video in YouTube’s history.

Another record that the song achieved was that it had had more than 3 million live concurrent viewers and crossed 4 million mark right after it premiered.

'Dynamite' has become the fastest song in the iTunes history to reach the No. 1 position in 100 countries in just 8 hours of its release. This makes their group's fifth song to achieve this milestone. Previously, 'Moon', 'Black Swan', 'Your Eyes Tell', and 'My Time' have crossed the mark of 100 countries and even broke Adele's long-standing record with 'Hello'. In addition to it, the group's member V's solo work 'Sweet Night', an OST for a Korean drama Itaewon Class, continues to reach No. 1 in 116 countries, as of now.

On the Indian iTunes chart, 'Dynamite' grabs No. 1 spot followed by the instrumental in second position. In addition to that, 'Spring Day' has jumped up and bagged the third position.

On that note, "Shining through the city with a little funk and soul / So I'ma light it up like dynamite, woah."