Following the release of their mega-hit single 'Dynamite', global superstars BTS has been on a historic record-shattering spree. BTS topped the Billboard Hot 100 chart for two weeks in a row, making them the first Korean act ever to achieve this feat. 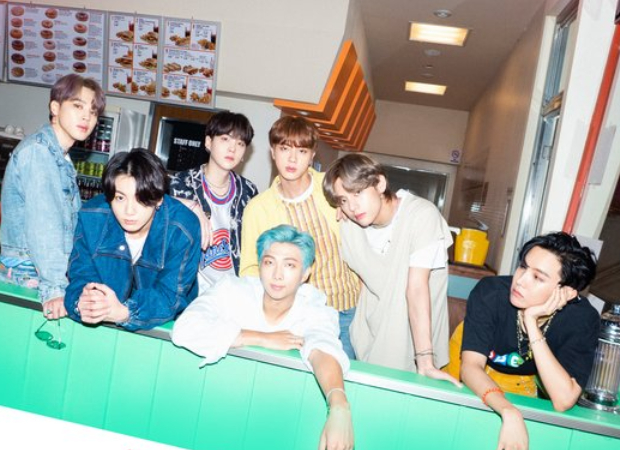 The 'Dynamite' music video broke the Youtube record for most views in the first 24 hours, garnering 101.1 million views. The single also topped the iTunes charts in 104 countries/regions, and Spotify’s “Global Top 50” chart, first-ever for a Korean artist.

They recently performed 'Dynamite' for the first time at the MTV Video Music Awards, where they won all four categories they were nominated for: BEST POP, BEST GROUP, BEST K-POP, and BEST CHOREOGRAPHY. They have also revealed more performances as well as interviews for a number of prominent TV shows including the TODAY show, Recording Academy's Press Play, and The Music Day.

BTS and 'Dynamite' sparks have reached India as well. In addition to topping the Spotify India Top 50 chart and breaking the record for most ever streams in a week on the streaming site in India (over 2.4 million), the song has become a favourite amongst India’s celebrities, influencers, and dance crews alike. Bollywood star Tiger Shroff, known for his action movies and incredible dance skills, recently posted a video of himself dancing to 'Dynamite' on his social media channels grabbing the attention of his fans as well as ARMY, BTS’ fans.

In addition, actor and dancer Lauren Gottlieb, Urvashi Rautela, Kings United India, beauty, and fashion influencer Aashna Shroff among others have all uploaded videos of their own, which continue to garner millions of views spreading the 'Dynamite' fever.

The records have been staggering in India as they continue to grow in the country where the audience enjoys more of Bollywood, independent and regional music.

BTS, an acronym of Bangtan Sonyeondan or “Beyond the Scene,” is a South Korean boyband that has been capturing the hearts of millions of fans globally since their debut in June 2013. The members of BTS are RM, Jin, SUGA, j-hope, Jimin, V, and Jungkook. Gaining recognition for their authentic and self-produced music, top-notch performances, the group is currently the biggest band in the world.

BTS released their fourth full-length studio album 'Map Of The Soul: 7' on February 21 which is one of the record-breaking albums of the year. It became the best-selling album in South Korea of all time. Guinness World Record reported, "As of June 2020, it had sold 4,265,617 copies and now makes BTS the country’s best selling act of all time. It was also reported that 2.65 million sales were recorded within the first six hours of release."

BTS is set to drop multiple performances of 'Dynamite' in the coming days including a choreography version music video after dropping the official video and B-side video in August.