Comedienne Bharti Singh who is currently a part of The Kapil Sharma show playing the role of bua, admits to engaging in fun flirting with top actors like Salman Khan and Akshay Kumar on screen. 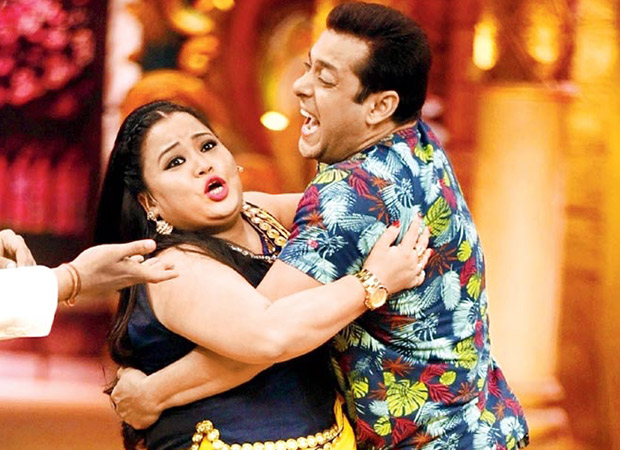 On screen and on stage shows, Bharti often indulges in harmless flirting with male celebrities. When asked if her husband Haarsh Limbachiyaa has ever asked her to avoid the skit, she said that he knows that she is an artist who knows her limit. Bharti said that she never crossed the limit and said that it is not like she is not getting any response from the celebrities. She said that it is fun to flirt with senior actors like Akshay Kumar, Shah Rukh Khan, and Salman Khan.

Bharti said that girls are jealous of her as they crave to catch a glimpse of Salman Khan and she goes about kissing him. After sharing screen space in shows like Khatra Khatra Khatra, Khatron Ke Khiladi and Nach Baliye, the couple will soon host India's Best Dancer.

When asked if the couple will be seen together in the upcoming shows as well, Bharti said that she likes to get invited along with her husband; otherwise, she is unable to put her heart to it.