Sunil Grover is all set to impress us with his crackling performance in Salman Khan – Katrina Kaif’s Bharat. He did not leave any stone unturned to promote the movie. In an exclusive interview with Bollywood Hungama, Sunil answered all questions pertaining to Salman and Katrina’s films like a total pro and in fact, got ALMOST ALL answers right! 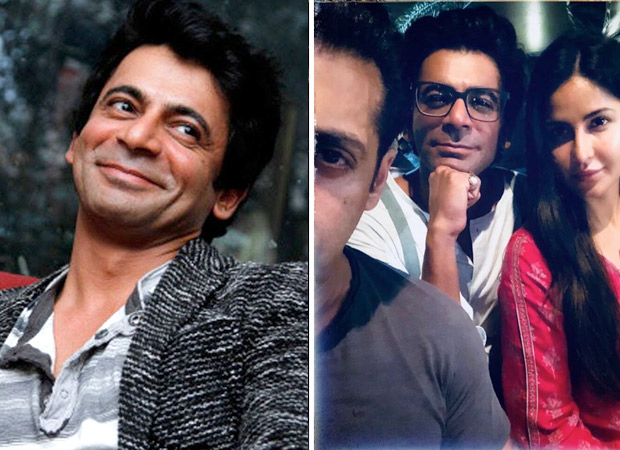 He was asked a rather pertinent question about Salman Khan’s BO performance, his answer was really sweet but it was incorrect. He was asked how many of Salman’s films have crossed Rs 300 crore? Sunil said, “Unka bank balance kitna hai bhai?” Then he said, “5 hi ki hogi. Salman Khan sir hai wo…Rs 300 crore toh kitne piche chod diye unhone. Dekho calculation mai padta nai hu. Bhai ki filmein saari carodon rupayein kamati hai. Mereko lagta hai 5 toh minimum hone chaiyye. (It would be five films. He must have minted more money at the box office than Rs 300 crore because all of Bhai’s films make blockbuster business. I think a minimum of his five films must have made more than Rs 300 crores.”)

Turns out the right answer is, only three films of his have made more than Rs 300 crores at the box office. These three films are: Bajrangi Bhaijaan, Tiger Zinda Hai and Sultan.

Alas, the answer was wrong but well, it would surely make Salman feel very happy.