Salman Khan starrer Bharat is one of highly anticipated movies of 2019. The actor will be seen in five different looks over the different periods in the film. As the film is on the last schedule, the actor is leaving no stone unturned in the completion of the movie but also enjoying the process to the fullest. On Sunday, Salman Khan shared a video from the location of Bharat. In this video, we can see playing a game of cricket on the sets of the film and having a gala time. He captioned the video as “Bharat Khelega”. Dressed in checked tee and shorts, he is seen hitting shots after shots during the game. 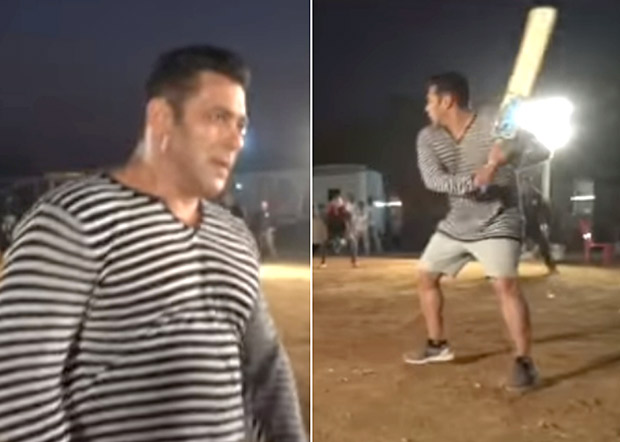 Also Read: Is the era of the Khans over? Or will Shah Rukh, Aamir and Salman Khan have to reinvent themselves