Sunday is for chilling and Bollywood celebs are just doing that. Just like Shah Rukh Khan and AbRam Khan who were enjoying their Sunday by lazying around, another father-son duo, Aamir Khan and Azad Rao Khan were having an interesting holiday. 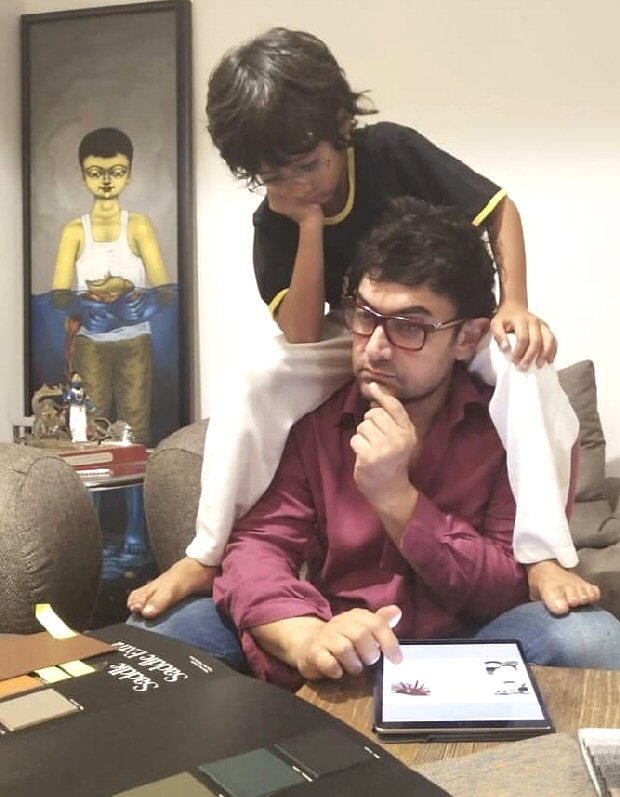 Aamir Khan shared a new picture on his Instagram with son Azad in which two of them are lost in deep thoughts. Azad is sitting on his dad's shoulder while making the same pose as his father. “Gehri soch :-),” he captioned the photo while holding an iPad.

Meanwhile, Aamir Khan is working on his diet for his next film. Earlier the actor, “Earlier, I used to do so many things but now I am on a very strict diet for my new film. So, I have started getting back into shape.” While the actor refused to declare the name of the film, he further said, “I cannot tell you which one it is but it’s for my new film.”

Aamir Khan will reportedly play Lord Krishna in his highly ambitious project Mahabharata. While it is unclear whether it will be a feature film or a seven-part series, it sure will be a project on a very big scale.