Shah Rukh Khan is doing what most people do on Sundays - just laze around. And guess who is giving him company? His little one AbRam Khan. The father - son duo spent quality time together just by being lazy on Sunday and SRK thinks Gauri Khan may not agree to it. 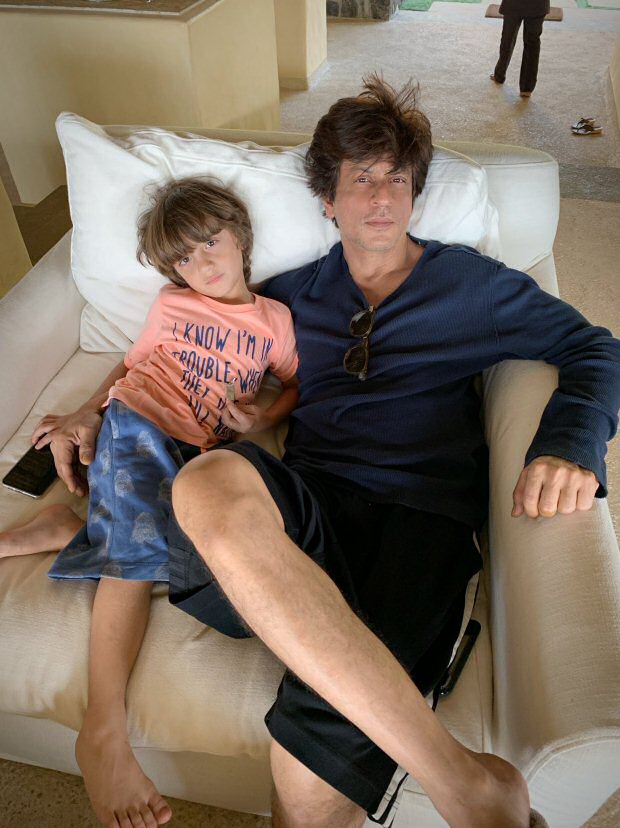 Sharing a photo with AbRam, Shah Rukh Khan wrote, “Weekend Research: “ A survey has found One in Three men are just as lazy as the other Two”. We r the other two and we don’t agree mom!” The mom is ofcourse Gauri Khan and we wonder how she reacted to this.

Also Read: Is the era of the Khans over? Or will Shah Rukh, Aamir and Salman Khan have to reinvent themselves