You may think it is the easiest thing in the world to play unconscious on screen. However any actor worth his or her salt would tell you being still on camera is the most difficult thing to do. Young British Asian actress Banita Sandhu who plays a comatose girl in Shoojit Sircar’s highly lauded October says a whole lot of homework went into playing Shiuli, the girl who plunges from a high-rise to a near-death experience. “A lot of research was required because it's very specific how we wanted to portray the film and how we wanted to portray a coma patient and we didn’t want it to be overdone, as we wanted it to be very realistic.” 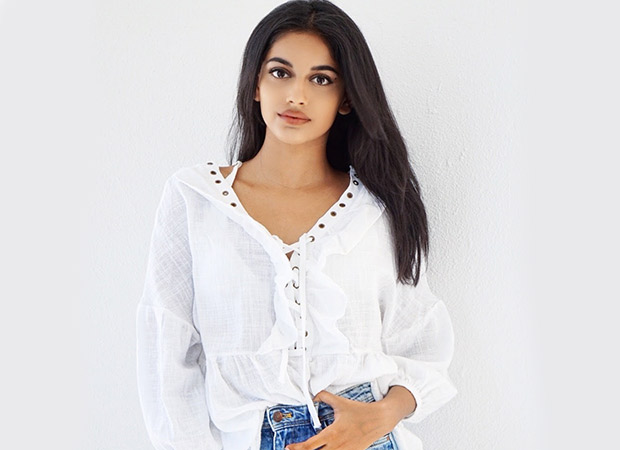 Banita watched a lot of films on comatose patients including Julianne Moore’s Oscar winning performance in Still Alice. Recalls Banita, “Even things down to the eye movement were carefully monitored. We didn’t want to get it wrong. So if I am paralyzed which hand should I write with and how should I write. I watched a lot of documentaries and there are several cinematic references which helped me a lot in what should be my expression be, my posture on the wheelchair. I also read Steven Hawkin’s wife’s account. So there was a lot of research and a lot of watching of films and then being able to do that correctly.

Banita actually play-acted unconscious at her home in Wales before shooting in Mumbai. “For three months, I was watching videos on coma patients and my sister was caring for me as though I was in a coma, pretending to feed me, pretending to have a conversation with me and I would just be staring vacantly and then she would give her feedback and I would change accordingly.”

Banita confesses the most irksome part of doing this role was to cease all activity. “I am not going to lie, it was quite annoying being still for so long especially when my eyes were shut. We shot the film chronologically so I had my eyes close for about a week. And then when I finally got it open you can't imagine how relieved and excited I was able to act conscious , even if it was only through my eyes. So I really tried to grab to take advantage of any moment I had to do something and by the time it came to a physically demanding scene I was actually able to do it easily because I was so frustrated acting still for so long while everyone around me was up and about.”

Banita could feel her comatose character’s frustrations. “We were both sailing in the same boat. Rather, not ‘sailing’ at all. When I finally got to move it came out so well on screen because there was that frustration within me as an actor of being immobile. It like the character and me are kinda going through the same thing at the same time and I guess that's why it a comes across so real on screen. I bet (director) Shoojit Sir planned it that way because he knew that that it would come out the way it did.”

Banita can’t stop raving about Shoojit Sircar. “It was an absolute luxury and a dream to have such a director. I've had the pleasure of working with him before for an ad. Since then I was dying to work with him again. He is an artist’s director and he does ninety percent of the work for you and he's just so calm and always at ease, never gets low and never has expectations that are too high to fulfil for an actor. October has lot of has lot of barriers in terms of language, playing across a comatose patient. Also this was my first film away from home in the UK. But Shoojit Sir made me feel so safe and I was in such good hands with him that I knew whatever challenges that we will face with this film he would help me overcome them.” 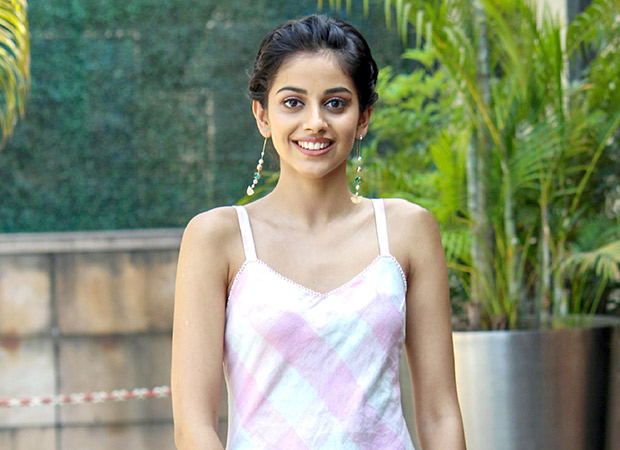 Born and brought up in Britain the Hindi was a problem for Banita. “Language was definitely tough but as you must have seen in the film my dialogues are very limited so we kinda got around that very well, and both Shoojit Sir and I were very stubborn that this character will have my voice because there's so much more to the performance than my dialogue. A lot of people commented on what I did with my eyes, the frustration and all the emotions, so the languages was tough but I think honestly the hardest part was not doing anything on the screen, for 10 to 12 hours a day. I used to get frustrated as everyone around me was ACTING. I used to get jealous.”

Banita was a Shoojit Sircar fan from beforehand. “I had seen all of his films before I started shooting because I wanted to know what is his cinematic genius is all about, and very soon I realized that he doesn't have any specific style or favourite genre and that he can take anything and he can still make it. Shoojit Sir's language is so universal as a director, he can grapple with any kind concept no matter how random it may be and make it a great cinematic experience.

Banita’s favourite Bollywood actors. “My favourite actors from the Hndi film industry have to be a, Irrfan Khan, Aamir Khan, Kalki. I love what Alia is doing right now. Yeah there are lot of people I really respect in the Mumbai film industry.”

As for her co-star Varun Dhawan, “He is such a sweet boy and he's so humble and kind-hearted and I honestly couldn't have asked for a better first co-star. For Varun October was also like a first film together also. So it was kind of like going through this journey together. We watched each other’s back .The film, its mood and shooting were not only difficult for me but it was challenging for him too to go through all that emotion. I'm so lucky that I had a great support system in Varun, Shoojit and the entire team.”