Less than a day to go before a brand new year arrives. Who else is restless? Anushka Sharma is. The actor is presently holidaying in Switzerland with husband Virat Kohli, and can't get enough of the snowy mountains. We earlier showed you photos from the vacay, and they look perfect. 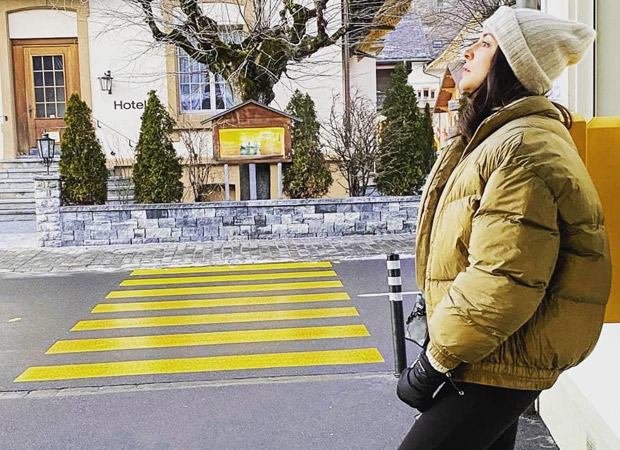 Meanwhile, Anushka also took to Instagram to share a picture of herself. Clad in a warm jacket, fur shoes and cap, she poses on the streets of Saanen. "Gazing at 2020," she writes. So are we!

Virat and Anushka also stumbled upon lovebirds Varun Dhawan and Natsha Dalal who are having a Swiss holiday as well.

Anushka has had no release in 2019. Her last outing was Shah Rukh Khan's 2018 film Zero which impressed neither the audience nor the critics. Recently, rumours of she being a part of the remake of Satte Pe Satta took over the internet, but nothing has been confirmed. However, if reports are to be believed, then she will be seen playing a glamorous teacher in the film.