Actor Anupam Kher is an avid social media user. He keeps treating his fans and followers with some throwback pictures from his personal and professional life. From rare pictures of his younger acting days to unseen memories, Anupam keeps sharing interesting titbits. Now, Anupam Kher shared a throwback monochrome picture on social media in which he is seen posing with Hollywood star Leonardo DiCaprio. 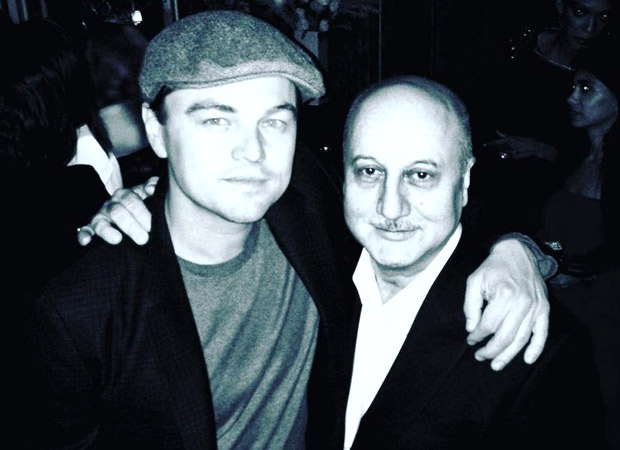 He recalled DiCaprio's response when he introduced himself as 'an Indian actor’. Anupam Kher captioned his post, “I met @leonardodicaprio at an event in Los Angeles a few years back. I introduced myself. I said, “I am an Indian actor.” He said, “I know!” I asked, “How?” And then he just gave me a warm hug. He was kind and affectionate. The best thing about being an actor is that you meet wonderful people from all over the world and bond with them easily. Actors are a tribe in themselves. #Actors #Acting #Bonding #MagicOfCinema #Films.”

In the picture, Anupam Kher can be seen wearing a black suit while Leo keeps it semi-formal in a blazer, T-shirt, and a deerstalker hat. Anupam and Leonardo DiCaprio stood next to each other with their hands on each other's shoulders as they posed for the camera.

Meanwhile, Anupam Kher has several projects in the pipeline including The Last Show, Mungilal Rocks, and The Kashmir Files. He had also won the Best Actor award at the New York City International Film Festival for his short film titled Happy Birthday in May 2021.