Last Updated 31.01.2023 | 10:08 PM IST
feedback language
follow us on
Bollywood Hungama » News » Bollywood Features News » Anjum Fakih talks about being ‘the vamp’ of Indian television; reveals, “My character was about to turn negative within 3 months of Kundali Bhagya”

Anjum Fakih, who has been capturing audiences’ attention with her impactful performances for over a decade now, always wanted to explore a variety of roles in her career. The actress, who is seen in Kundali Bhagya as well as Bade Achhe Lagte Hain 2, has mostly been seen in positive characters but recently the actress confessed her love for negative characters and added that playing them is what excites her the most. 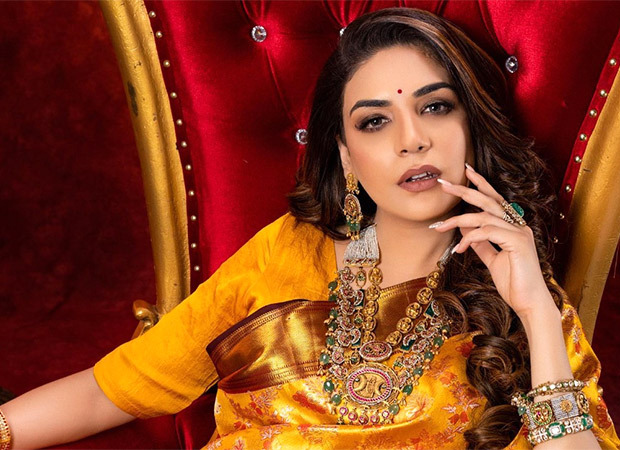 Anjum Fakih talks about being ‘the vamp’ of Indian television; reveals, “My character was about to turn negative within 3 months of Kundali Bhagya”

Speaking about her desire to play negative roles and how she is hardly offered any, Anjum Fakih said, “Playing negative or grey characters excites me to another level. I have always thought of becoming the vamp of Indian television but I believe fate and the almighty have different plans for me. I have always been offered to play positive characters.”

Fakih continued, “In Kundali Bhagya too my character was about to turn negative within 3 months of the show going on air but they love the character so much being positive, the makers decided to keep Shrishti untouched with the grey shade. That’s when I knew I am playing my character well.”

Kundali Bhagya features her in the role of Preetha’s younger sister Shrishti who is ready to sacrifice anything for her sister. On the other hand, she also plays the role of Priya Kapoor’s sister Maitri in Bade Achhe Lagte Hain 2 which is also expected to have elements of grey since the show features her in a character who is married to Priya’s ex-boyfriend Neeraj.