Actor Anil Kapoor turns 63 today and his friends and followers from across the world have already started pouring in wishes for him. One of the many celebrities who wished the actor on social media is actor Rishi Kapoor. However, his message came as a surprise for Anil's fans. 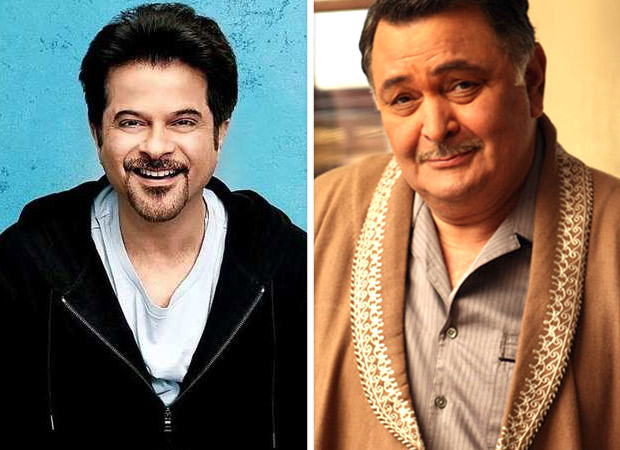 Taking to Twitter, Rishi shared a lovely tweet for his friend. “@AnilKapoor Many Happy returns of the day Patton,God Bless!” Rishi added that he had seen Anil’s look in Karan Johar’s upcoming film Takht and was mighty impressed by it. “Last night Karan showed me your look in Takht-outstanding. So majestic and Royal and you looked so handsome. Good luck!” Soon enough, Rishi Kapoor’s followers requested the actor to share Anil Kapoor's look from the film with them.

@AnilKapoor Many Happy returns of the day Patton,God Bless! Last night Karan showed me your look in “Takht”-outstanding. So majestic and Royal and you looked so handsome. Good luck!

Meanwhile, a while ago Rishi Kapoor had shared a throwback picture from his childhood days. The picture which was clicked at a birthday party also has Anil Kapoor and Boney Kapoor in it. Sharing the image, Rishi Kapoor wrote, “Original Coca Cola advertisement. Boney Kapoor, Aditya Kapoor, Rishi Kapoor, Tutu Sharma and that cute brat Anil Kapoor (photo courtesy Khalid Mohammed).”

Also Read: “Grateful to be sharing this life with you”- wife Sunita Kapoor’s birthday wish for Anil Kapoor is the sweetest thing you’ll read today