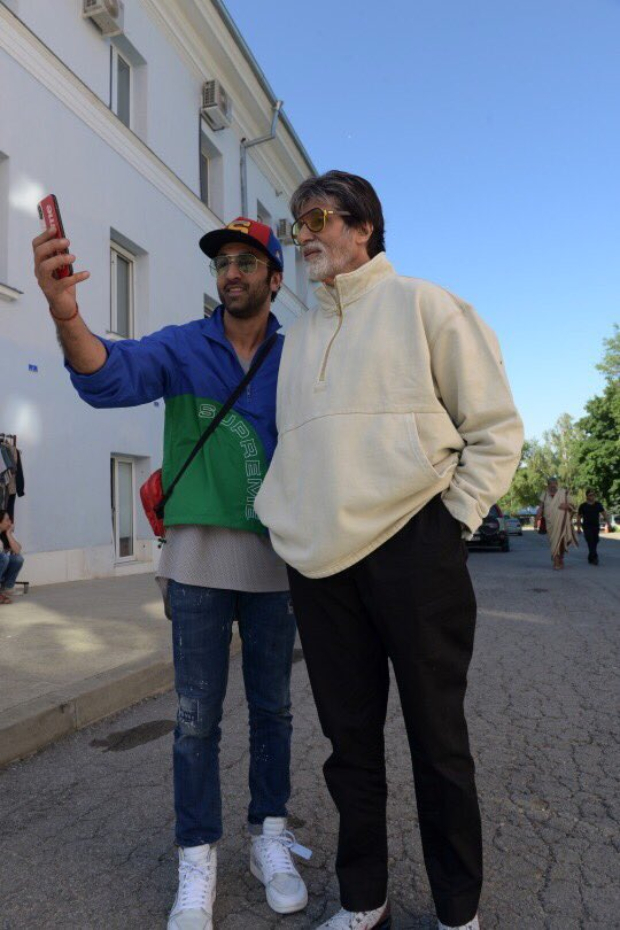 Sharing a picture with Ranbir on his Twitter account, Amitabh Bachchan captioned it, "Thank you, Ranbir Kapoor, for giving me the elixir of LIFE! Still buzzing, buddy!" This was followed by several emoticons.

Earlier this month, Amitabh Bachchan had written a blog in which he talked about Ranbir Kapoor and discussing films, content and cinema with him.  “Time spent with Ayan and Ranbir to talk about Brahmastra and to discuss film, content and cinema. The young have some very special gifts and thoughts. It is always a delight to be in their company .. to listen to drift in their modern outlooks and to be able to put across the point of 50 years in the Industry, its time changes and its development into the most powerful tools of influence. So much to learn so much to accomplish so much to observe so much to self-educate .. and the paucity of that ever timeless time machine.”

Brahmastra, produced by Dharma Productions, is being directed by Ayan Mukerji. The film stars Alia Bhatt and Mouni Roy. It is slated for Christmas 2019 release.