Kangana Ranaut is enjoying the success of her recent release, Manikarnika - The Queen Of Jhansi. The magnum opus film has already crossed Rs 60 crores at the box office since its release on January 25, 2019. Meanwhile, Kangana is making the most of her success on her vacation in Switzerland. 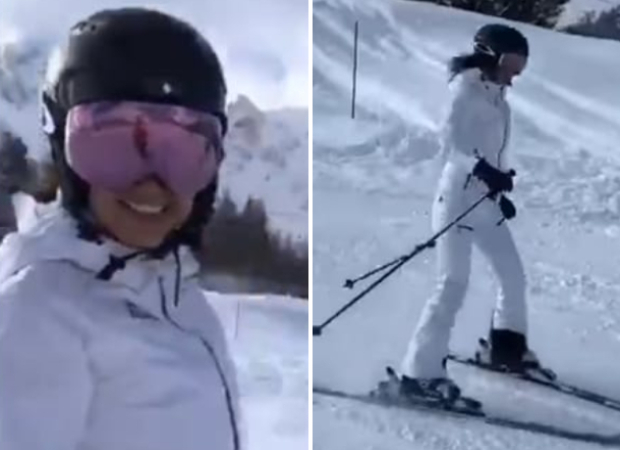 WATCH: Kangana Ranaut skiing away to glory in the Swiss Alps

Kangana Ranaut's team shared a video of her skiing in the snowy mountains of the Swiss Alps. The actress, dressed in the ski suit, is seen smoothly skiing and smiling for the camera. The caption read, "Skiing to glory!!! Reel #Manikarnika #KanganaRanaut basking in the success of #ManikarnikaTheQueenOfJhansi , the hardwork & sacrifice in the Breathtaking Swiss Alps."

Mounted on a large-scale, Manikarnika- The Queen Of Jhansi is a story of courage, strength, and determination, that celebrates the extraordinary story of Rani Laxmi Bai, a symbol of heroism in India. Produced by Zee Studios, in association with Kamal Jain, Manikarnika also stars Atul Kulkarni, Jissu Sengupta, Ankita Kulkarni and Zeeshan Ayub Khan among others.

Skiing to glory!!! Reel #Manikarnika #KanganaRanaut basking in the success of #ManikarnikaTheQueenOfJhansi , the hardwork & sacrifice in the Breathtaking Swiss Alps. #swiss #swissalps

ALSO READ: Manikarnika controversy: “I was SHOCKED, this was NOT what we shot for” – Actress Mishti aka Kashi Bai speaks up against Kangana Ranaut