Going back to school after years may seem intimidating to a lot of people, not Abhimanyu Dassani. Little did the Gen-X actor anticipate that his school faculty would invite him again years after he passed out, to be the Chief Guest at their annual function? 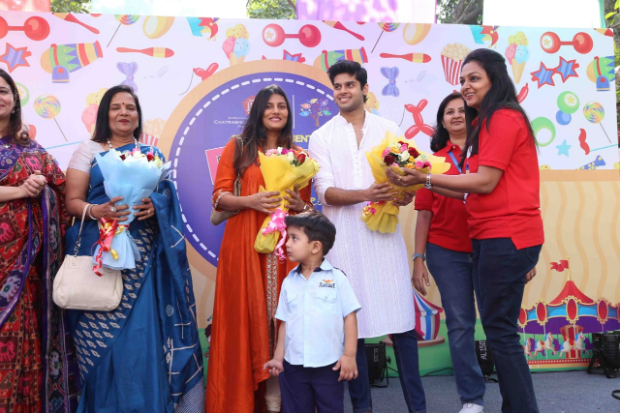 Abhimanyu took a trip down memory lane and visited his school in Mumbai. He met up with the students and the entire faculty of the school, especially his teacher who invited him and took him on a short tour of the school. The star also had an opportunity to visit his old classroom which brought back memories of the days when he used to just be a carefree kid who enjoyed his school days.

The talented actor, who is eagerly awaiting the release of his debut film, Mard Ko Dard Nahi Hota (MKDNH), was quite happy to attend his school’s annual function ‘Fiesta’ as a Chief Guest. 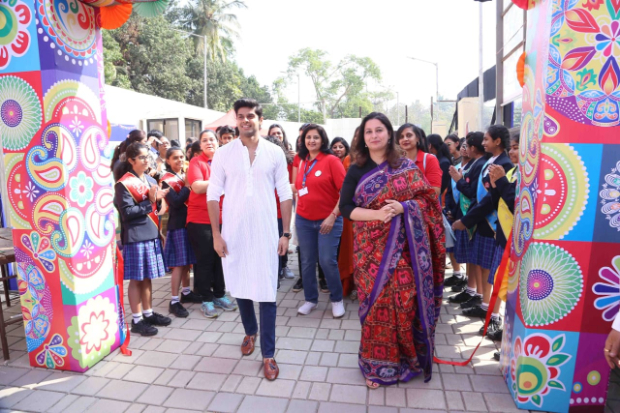 A source informs, “Since Abhimanyu has set on his new journey as an actor, his school teacher personally invited him to be part of the function. He visited the stalls at the fest and interacted with the kids and showed some martial art moves from his debut film.”

Hailing from a film family, Abhimanyu will be seen making his acting debut alongside Radhika Madan in Mard Ko Dard Nahi Hota (MKDNH), directed by Vasan Bala and produced by Ronnie Screvwala.

Abhimanyu is credited to be the first Bollywood actor whose debut film was selected for the World Premiere at the Toronto International Film Festival (TIFF) 2018. It was also the opening film of MAMI Film Festival. MKDNH also happens to be the first Indian film to be screened in the Midnight Madness Section of the festival (considered as one of the most popular segments of the festival) where movies in action, horror, thriller and fantasy genre are placed and also won the People's Choice Midnight Madness section award. The actor also won his first ever Best Debutant award at the Macau Film Festival.