Alia Bhatt has been on a promotional spree for the last couple of weeks for her film Gangubai Kathiawadi directed by Sanjay Leela Bhansali. The film hit the theatres on Friday, February 25, and has opened to positive reviews. Netizens have been praising the film and Alia Bhatt's superlative performance on social media. 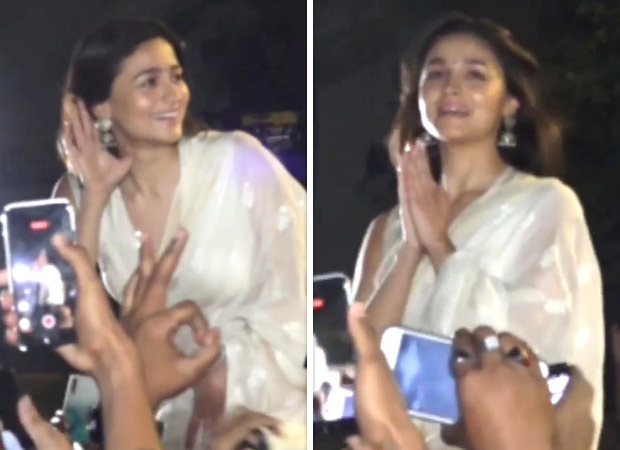 Meanwhile, on the day of the release of the film, Alia was seen touring around the city of Mumbai greeting people. On Friday evening, Alia visited Gaiety Galaxy. Film personalities often visit Gaiety Galaxy in Mumbai's Bandra to get the reactions of the masses toward the films. Alia, too, headed to Gaiety to greet fans and asked them for their reaction.

Dressed in a white saree, Alia greeted fans from the rooftop of her car and even asked the fans who flanked her car about their reaction to the film. The fans unanimously gave a positive reaction. Before leaving, Alia did the popular Gangubai namaste and said, "Izzat se jeeneka, kisi se darneka nahi" which was followed by loud cheering.

Earlier on Friday, Alia had boarded the Gangubai bus along with the paparazzi and travelled across the city greeting fans and also posing alongside hoardings of her film. 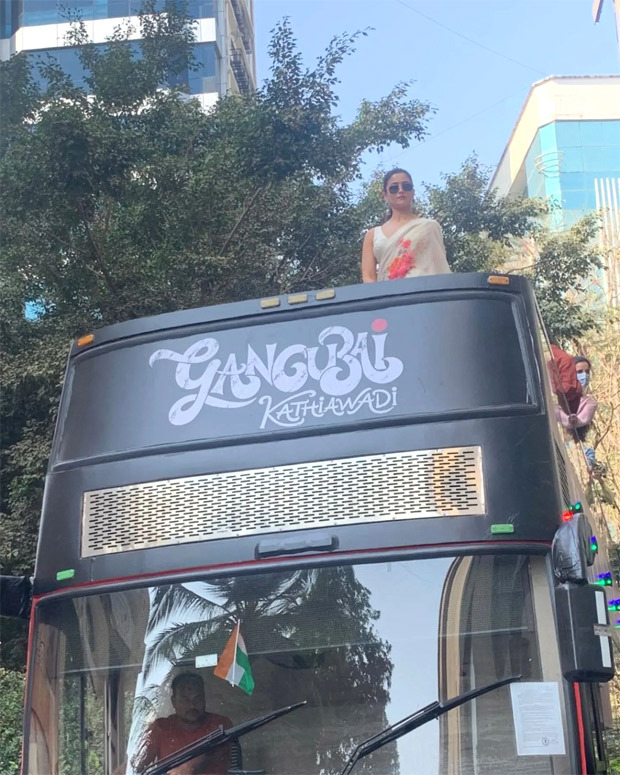