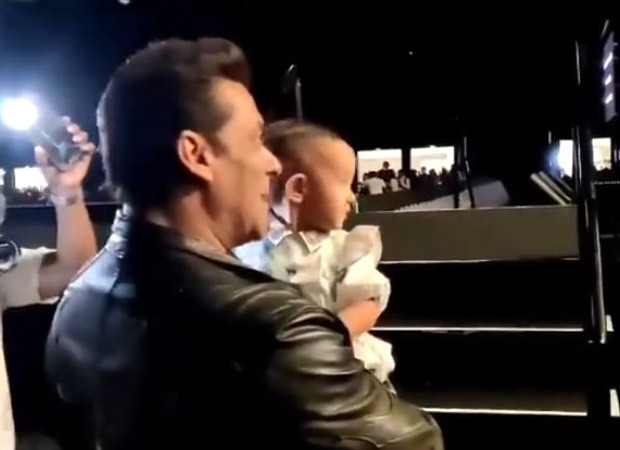 On Friday evening, Salman had the most adorable companion while entering the venue. He was seen carrying his little niece Ayat in his arms as he headed towards the stage ahead of the performance. In the video, the little can be seen marveling at the arrangements made for the performance.

Earlier, on Thursday during the rehearsals, Salman Khan was seen trying to make his nephew Ahil and niece Ayat dance to the song ‘Allah Duhai’ from his movie Race 3. Salman's adorable moment with the little ones went viral.

The Da-Bangg Tour Reloaded event was a massive success. Salman Khan performed to some of his hits song and also grooved with other stars including Pooja Hegde, Disha Patani, and Saiee Manjrekar. The videos of the crowd hooting and cheering that have surfed on social media are proof of the success of the show.

Meanwhile, on the work front, Salman Khan will soon wrap up the shoot for Tiger 3 with Katrina Kaif. He has an array of line-up including Bhaijaan and Kick 2.

ALSO READ: Ahead of the Da-Bangg Tour, Salman Khan poses in the backdrop of the Burj Khalifa; fans ask if he has plans of buying the tallest building in the world