The wait for Alia Bhatt and Sanjay Leela Bhansali's first collaboration has been a long one. Owing to the pandemic, the film was repeatedly delayed, but the buzz and excitement around the film never died. The film has finally hit the theatres and the word on the street and on social media is unanimous- 'Brilliant'. The film is being hailed as a masterpiece by Sanjay Leela Bhansali who is known for presenting stories on a grand scale and is being touted as Alia Bhatt's career-best performance as Gangubai. 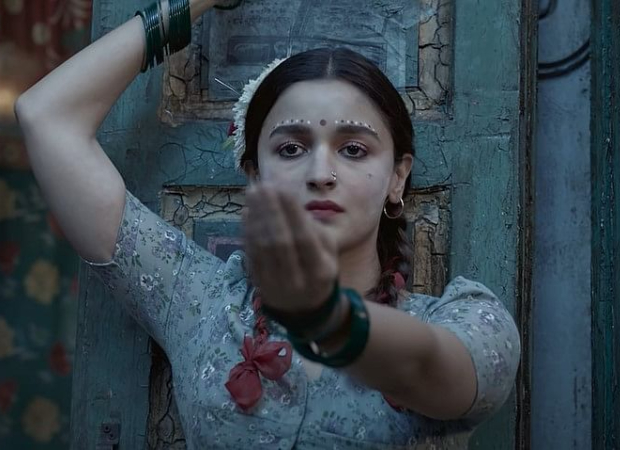 The theatres are full and so is social media with praised for the team of Gangubai Kathiawadi. Alia Bhatt's peers from the film industry are also all praised for the actress. Before the worldwide theatrical release of the film, the makers had a special screening of the film for Bollywood celebrities. The screening was a star-studded event and some even took to their social media handles to appreciate the art created by Bhansali and his team.

From actors Vicky Kaushal, Janhvi Kapoor to senior artists like Anil Kapoor and Javed Akhtar, the film is being praised by one and all from the film industry. Check out:

The world created by #SanjayLeelaBhansali in #GangubaiKathiawadi is mesmerising!
The photography, the music, the dialogues...it's like watching poetry in motion! @aliaa08 is, in one word, superlative! Still reeling from the sights & sounds of #Gangubai. What a treat! https://t.co/RkqNLZ02tP

I have never spared any superlative while praising Alia Bhatt as an actor but after watching “ Gangu bai … “ I realised that actually I was making understatements . She is beyond any superlative . What a performance !!!

.@aliaa08 you were awesome as #Gangubai you owned every frame of the film & filled it with ur brilliance. A big thank u to #SanjayLeelaBhansali for bringing this story of women empowerment to celluloid. It was poetic, magical, filled with love, pain, tragedy & yet a success story pic.twitter.com/iQZdvcyZLx

Saw #GangubaiKathiawadi last night!!! Another magical experience.. #SanjayLeelaBhansali is an absolute master storyteller. Every frame in the film has perfection written all over it. @aliaa08 you are gold! You are a fantastic actor but you have outdone yourself as Gangubai.

What a joy to return to the cinema halls after 2 yrs with a searingly powerful & masterful #GangubaiKathiawadi Blown away by #VijayRaaz @ajaydevgn & an incandescent @aliaa08 who dazzles with her wild abandon,vulnerability,luminosity, grace & substance! #SanjayLeelaBhansali ????????‍♀️???? 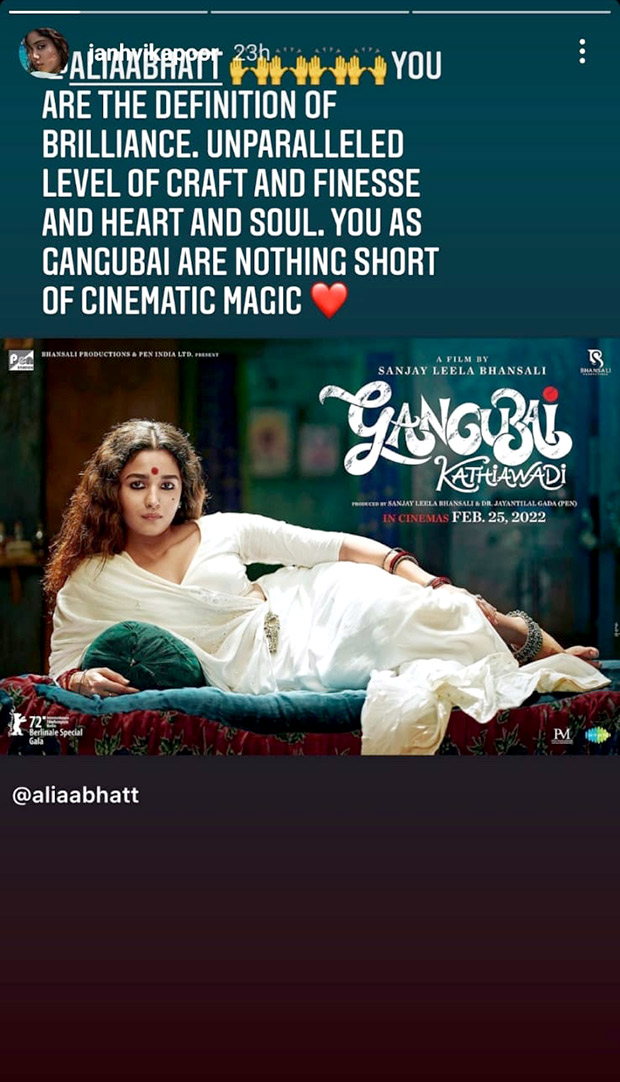 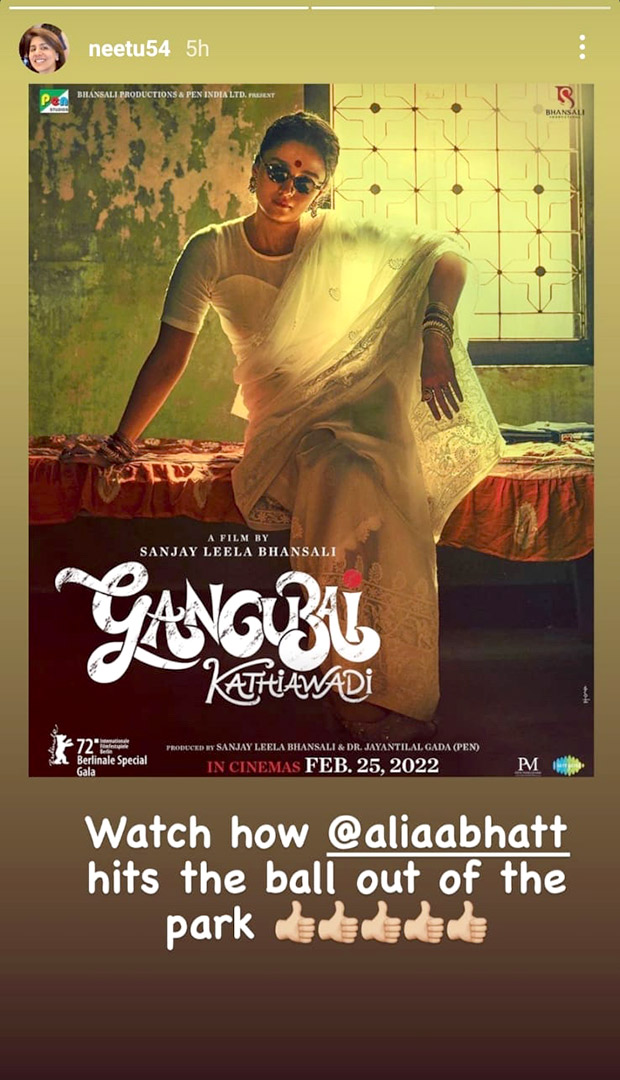 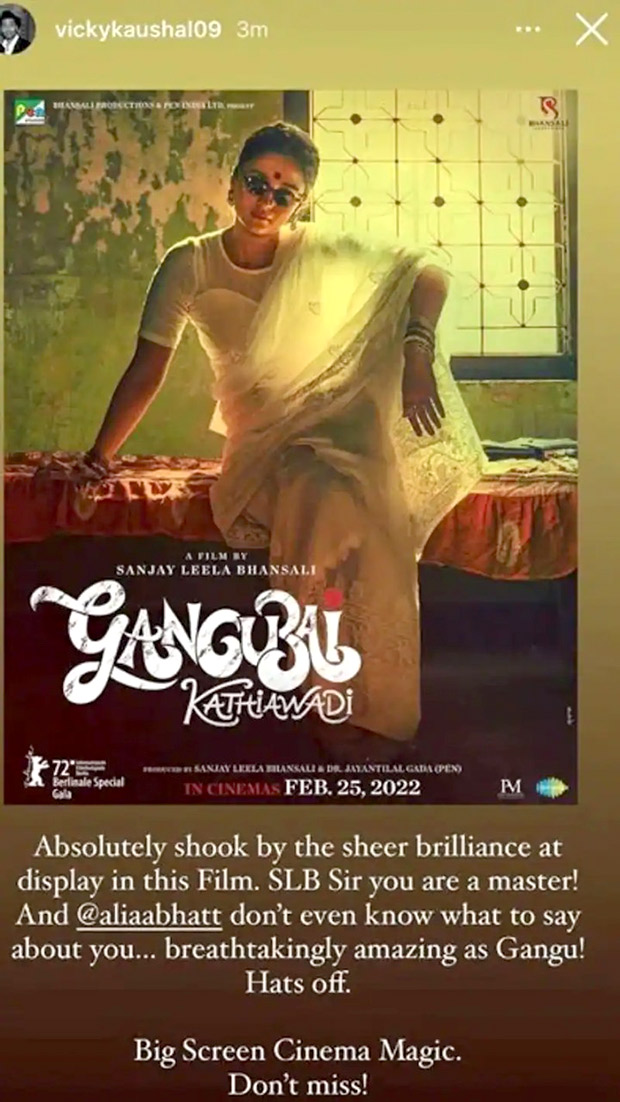 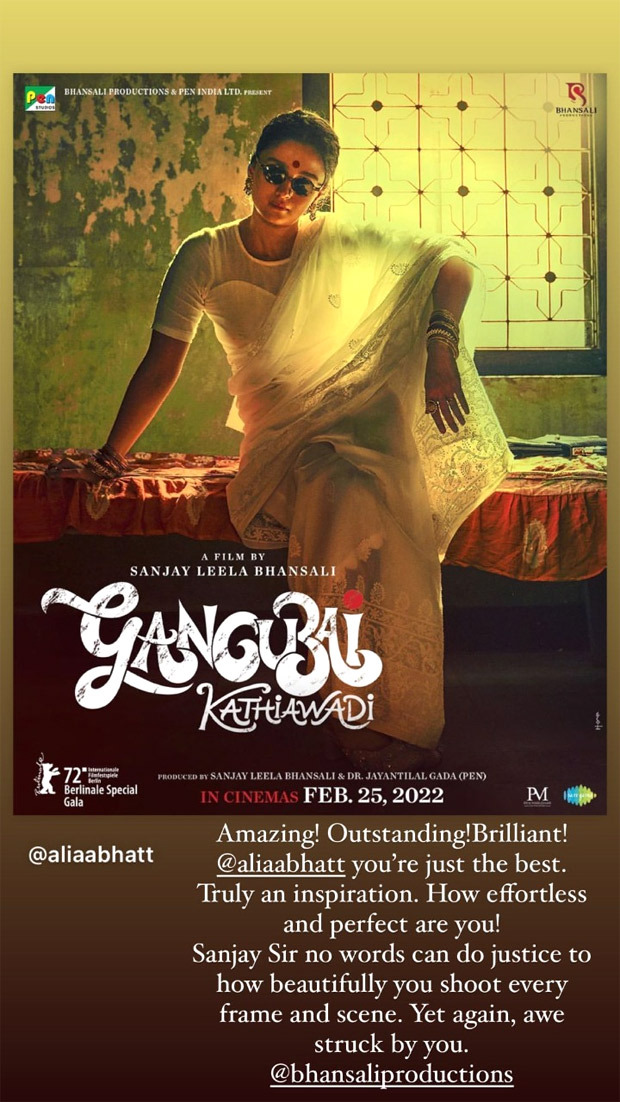