Twinkle Khanna took to Instagram to share a cute picture with her husband Akshay Kumar and her daughter Nitara. As usual she impressed us with her clever word play. She captioned the picture as the #WindowOfOpportunity and wrote, “So much more than just window-dressing but I must admit the tall man is easy on the eyes as well :) #windowofopportunity.” We know how protective both Akshay and Twinkle are about their kid Nitara and therefore even in this pic; we see only a glimpse of her. Akshay too looks genuinely elated to spend time with his family. By the looks of it, the picture seems like a throwback to a couple of months ago when AK sported the salt and pepper look. Check out the picture here. 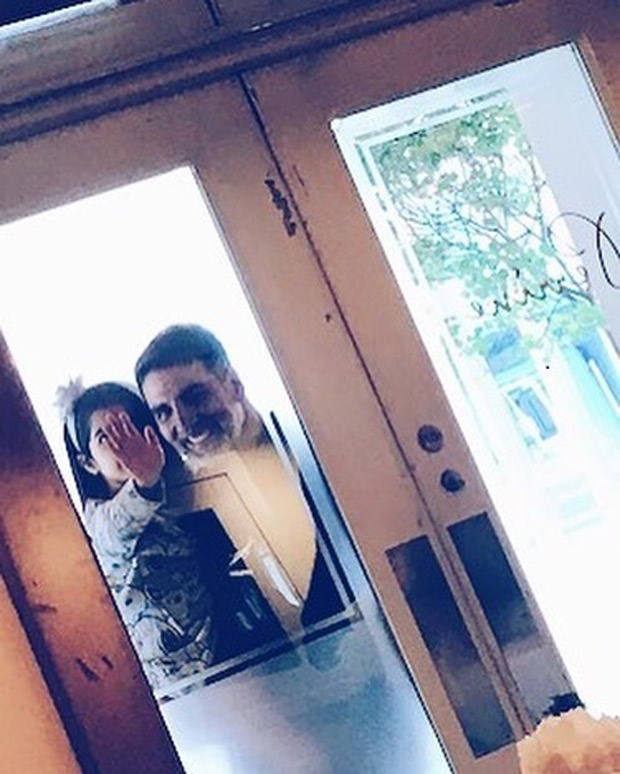 Akshay’s Gold has released recently and is running in packed houses. AK plays a maverick hockey manager Tapan Das who inspires the Indian team to bag Gold for the first time after independence in the Olympics. Mouni Roy also makes her screen debut with the movie as Akshay’s strict yet supportive wife. The film has already garnered around Rs 50 crore and is going strong.

So much more than just window-dressing but I must admit the tall man is easy on the eyes as well :) #windowofopportunity