Deepika Padukone, who was last seen in the Shahid Kapoor, Ranveer Singh starrer Padmaavat, is yet to announce her next project in Bollywood. However, there have been many speculations about her forthcoming ventures. While we are still waiting for official announcement on the same, Deepika is busy with her endorsements. And now she is back in news for an interesting memory she decided to share from her Tamasha days with Ranbir Kapoor. 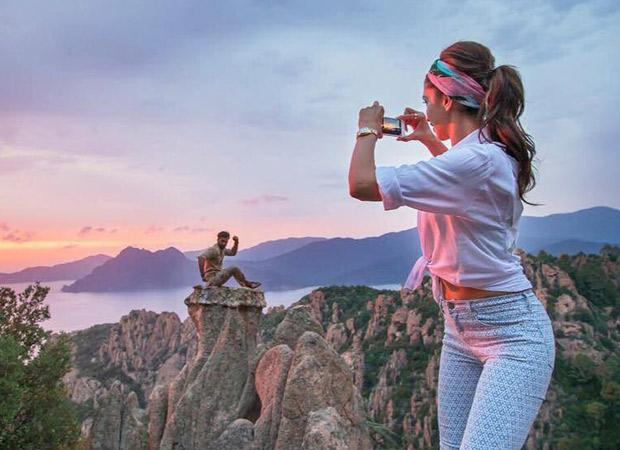 Deepika Padukone is not very active on social media. But the actress doesn’t disappoint her fans much and keeps sharing posts once in a while. Well, one such incident happened now on the occasion of World Photography Day. Deepika shared an image from the sets of Tamasha whilst they were shooting in Europe. In the picture, we see Deepika turning photographer for Ranbir as she tries to click the actor whilst he is striking a pose.

Sharing the picture on her Instagram page, Deepika said, “Capturing Moments #WorldPhotographyDay.” After the success of the Ayan Mukerji directorial Yeh Jawaani Hai Deewani, Imtiaz Ali decided to repeat the blockbuster onscreen couple of Deepika Padukone and Ranbir Kapoor in his next Tamasha. Although the film failed to receive mass appreciation, it impressed some critics owing to its unconventional plot.

On the work front, Deepika Padukone was next to be seen in a Vishal Bhardwaj film featuring her as a strong protagonist which is inspired from the life of gangster Sapna Didi. But the said film came to a halt after her co-star Irfan Khan took off to London to get treated for his ailment. There are also rumours that the actress will feature in a YRF film with her real life beau Ranveer Singh but there has been no official announcement on that front.  As for her personal life, there have been many speculations about the actress tying the knot with Ranbir Kapoor.