Akshay Kumar is in the celebratory mood. And why not? The actor's latest release Gold has already crossed Rs 70 crore mark at the box office. Not only that, he has become the only Bollywood actor to score over 20 million followers on Instagram. Earlier this month, he celebrated this milestone with streamers and a boomerang video. He thanked his fans and wrote, "Wondering what am I celebrating... You all... Delighted to share, we are now a family of 20 million 'Akkians' on Instagram. Thank you for being there with me as we cross such milestones together. Love and prayers." 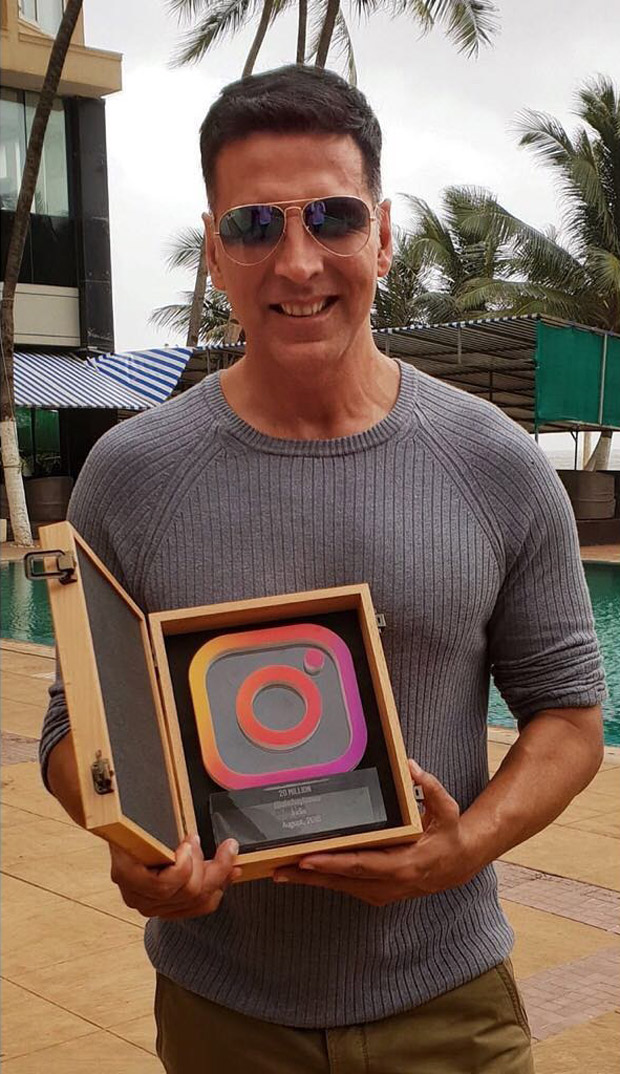 Now, Akshay Kumar is celebrating the 20million milestone with an Instagram award given by the platform. Posing with the trophy, Akshay kick started his Monday on a very good note. Alongside the picture, he wrote, "Here’s another #Gold from the good people at @Instagram. Glad to share, the first Bollywood Actor (Male) to cross the 20 million followers milestone is yours truly ???? Thank you all once again for the love ❤️ Sending lots of love and prayers your way."

On the work front, Akshay Kumar has an array of projects in the pipeline. His recent release Gold has collected Rs 71.30 crore at the box office. Akshay will also star in Dharma Productions’ Kesari which also stars Parineeti Chopra in the lead. He is starring in another film Good News with Kareena Kapoor Khan, Diljit Dosanjh and Kiara Advani. He is also on board for Housefull 4. The film stars Riteish Deshmukh, Kriti Sanon, Kriti Kharbanda, Pooja Hegde and Bobby Deol. It is reportedly set for Diwali 2019 release.