These are the stars and the superstars who are keeping the Box Office ringing when it comes to Bollywood films. Here's presenting the 10 actors who have maximum number of films on their plate. 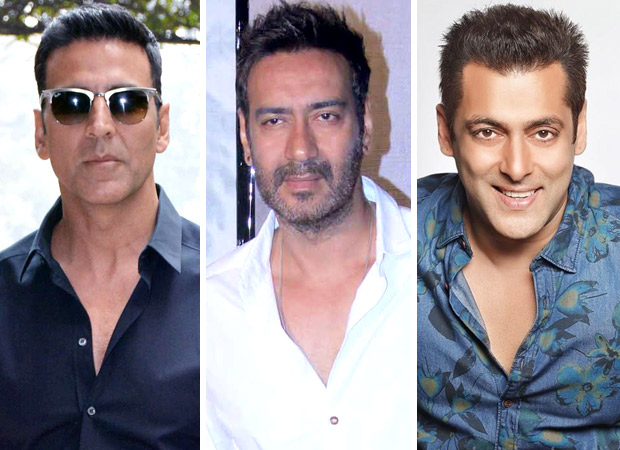 Not surprisingly, Akshay Kumar finds himself at the top spot for yet another year in a row. Last year he released Pad Man, Gold and 2.0. This year, he has already delivered a solid Hit in Kesari. Before the close of year, he would be seen in Mission Mangal [space mission drama], Housefull 4 [comedy] and Good News [family drama]. Meanwhile, he has already started shooting for Sooryavanshi [action] and Laxmmi Bomb [horror comedy] while plans have already been put together for Prithviraj Chauhan [historical war drama].

Ajay Devgn has pretty much a similar career graph as Akshay Kumar when it comes to being prolific with multiple releases in a year. After delivering a major success in Total Dhamaal, he just scored a Rs. 100 Crore Club success in De De Pyaar De [romcom]. Soon he will start shooting for Tanhaji - The Unsung Warrior, Bhuj - The Pride of India and RRR - all being action dramas. As for Amit Sharma's football film and Luv Ranjan's next with Ranbir Kapoor, these two films are expected to go on floors early next year.

Salman Khan typically averages three films every two years. After delivering Race 3 last year, he is now enjoying the success of Bharat [drama]. Next in line is Christmas release Dabangg 3 [action drama]. Post that he would begin to shoot for Sanjay Leela Bhansali's Inshallah [romantic drama] which would be followed by Sajid Nadiadwala's Kick 2 [action thriller].

After a rollicking 2018 that saw two back to back successes in the form of Andhadhun and Badhaai Ho, Ayushmann Khurranna has signed quite a few films. As a result, he would now have a flurry of releases in the form of Article 15 [cop drama], Bala [comedy], Dream Girl [comedy], Shubh Mangal Jyada Saavdhaan [romcom] and Gulabo Sitabo [comedy]. That's quite a list!

Building on his image of being an action hero, John Abraham has already seen a release in the form of Romeo Akbar Walter. Next up, he would be seen in Batla House [action drama thriller] and Pagalpanti [comedy] before the close of year. Come July and he would also be beginning shoot for Rensil D'silva's next production that is centred on the theme of bike racing. 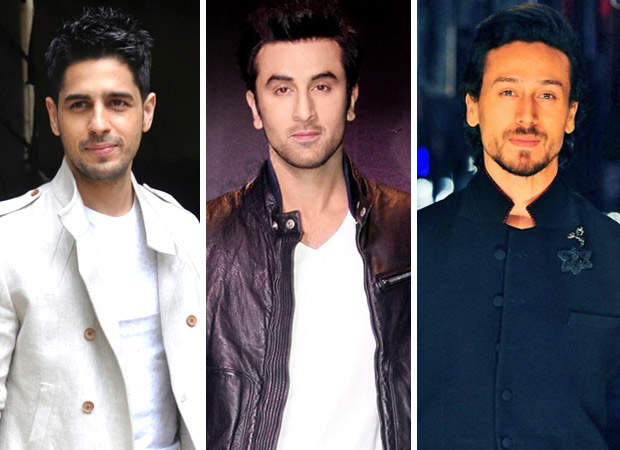 During last couple of years, Sidharth Malhotra did films across varied genres and his act was appreciated in Aiyaary, Itrefaq and A Gentleman. He is now moving ahead by playing a variety of roles in films like Jabariya Jodi [romcom], Marjaavaan [violent romantic drama] and Sher Shah [patriotic drama]. These films should bring him right up there in the bigger scheme of things.

Stree has been a major turnaround for Rajkummar Rao and though he has traditionally been seen in number of films every year, his next three are now keenly awaited. First to arrive would be Mental Hai Kya [comedy] where he has Kangana Ranaut as his co-star. This would be followed by Made In China [drama] and Rooh Afza [horror comedy] which are across diverse genres.

After the release of Sanju last year, it was expected that Ranbir Kapoor would be seen in Brahmastra soon. However, the film has been pushed to next year. Meanwhile, he would soon begin shooting for Shamshera [action drama] next. Also, his next with Luv Ranjan is also much awaited where he would be sharing screen space with Ajay Devgn yet again after Raajneeti.

This may seem like a surprise but Saif Ali Khan has been busier than ever before. While he has just wrapped up the second season of web series Sacred Games, he is also quite prolific in Bollywood with Aanand L. Rai-Navdeep Singh's Laal Kaptaan [drama] as his next release. Then there is Jawani Janeman [romcom] that would be followed by horror comedy Bhoot Police. Meanwhile, he also has a very interesting part to play in Ajay Devgn starrer Tanhaji: The Unsung Warrior.

Tiger Shroff has just been seen in Student of the Year 2 and before the close of year he would be seen alongside Hrithik Roshan in Sidharth Anand's action thriller. Meanwhile, he is also gearing up to begin shoot for Sajid Nadiadwala and Ahmed Khan's Baaghi 3 which takes him into the familiar action territory. The story would repeat for another action thriller, Rambo.

After delivering back to back major successes in the form of Sonu Ke Titu Ki Sweety last year and Luka Chuppi this year, Kartik Aaryan is already busy juggling between two major films, Pati Patni Aur Woh [romcom] and Imtiaz Ali's next with Sara Ali Khan [romantic drama]. Meanwhile, he has also signed Anees Bazmee's next which is a romcom and features Disha Patani.