In his career spanning over 16 years, Shahid Kapoor has showcased skills through their performances. Some of his most memorable films include Ishq Vishk, Kaminey, Jab We Met, Haider, Udta Punjab, and Padmaavat. As the actor gears up for his next film Kabir Singh, he has added another achievement to his success hat. The actor unveiled the Madame Tussauds wax figure in Singapore this morning. 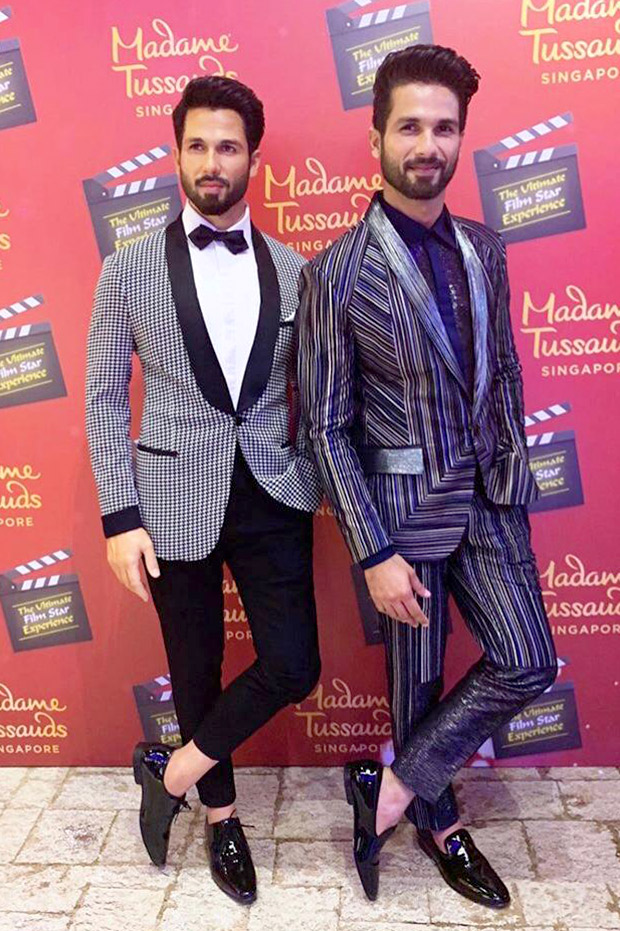 Shahid Kapoor looked dapper in a suit while posing with his wax statue. He shared the photo on Instagram and captioned it, “#twinning”. The wax figure is exact replica of the actor and uncanny resemblance is astonishing. For the event, the actor wore metallic suit and looked handsome. He was accompanied by his wife Mira Rajput. 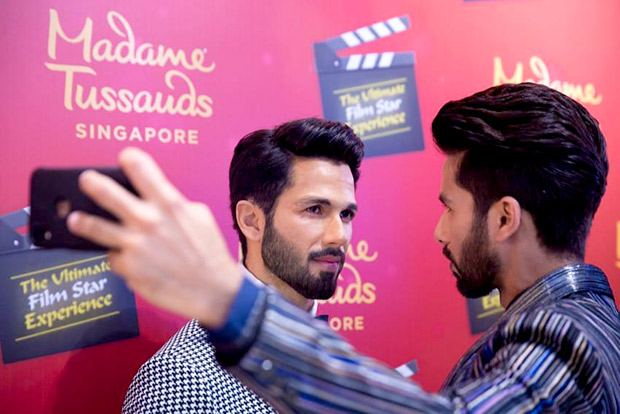 On the work front, Shahid Kapoor will be next seen in Kabir Singh starring alongside Kiara Advani. The film is a remake of Arjun Reddy which starred Telugu superstar Vijay Deverakonda. Directed by the original maker Sandeep Reddy Vanga, the film is scheduled for June 21 release.

Also Read: Kabir Singh Trailer: Shahid Kapoor gets ANGRY on reporter for questioning about his kissing scene with Kiara Advani