After two months of training which started from April 2019, Ranveer Singh kick-started the shooting of Kabir Khan’s directorial ’83 in Glasgow. The actor is starring as Kapil Dev, Captain of the World Cup-winning Indian cricket team of 1983 The shooting began in June and the film will also feature an ensemble cast along with Deepika Padukone who will play the role of his wife, Romi Bhatia. 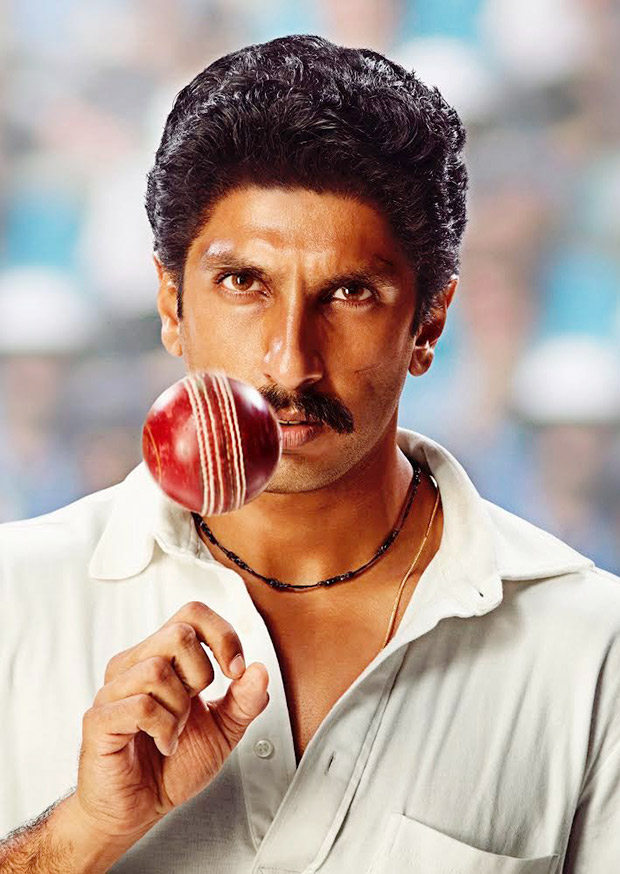 As Ranveer Singh is celebrating his 34th birthday on July 6, he unveiled the first official look from the film as he transforms into Hurricane of Haryana, Kapil Dev. He wrote, "On my special day, here’s presenting THE HARYANA HURRICANE...KAPIL DEV... @83thefilm."

A team of special makeup artists and technicians were hired to create the look of Ranveer Singh as he transforms into the cricketer. On his part, the actor looks amazing in white jersey while playing with the ball in the first look. The actor had attended several training workshops, spent time with the legendary cricketer to get the body language and understand his story.

Tracing the historic victory of 1983 world cup, Kabir Khan’s upcoming directorial is being presented by Anil Dhirubhai Ambani’s Reliance Entertainment. Touted to be the biggest sports film of the country, ’83 is slated to hit the screens on 10 April 2020 in Hindi, Tamil and Telugu. It marks the first-ever trilingual release for both, Ranveer Singh and director Kabir Khan.