It is a known fact that Ananya Panday, Suhana Khan and Shanaya Kapoor are quite the BFFs in tinsel town! The three star kids have been together since childhood. While Suhana has just completed her graduation just recently, Ananya has already ventured into acting with Student Of The Year 2 whereas Shanaya Kapoor is assisting in films. The BFFs are currently discovering new paths in their career but it has been asserted that Suhana will soon make her debut in Bollywood. 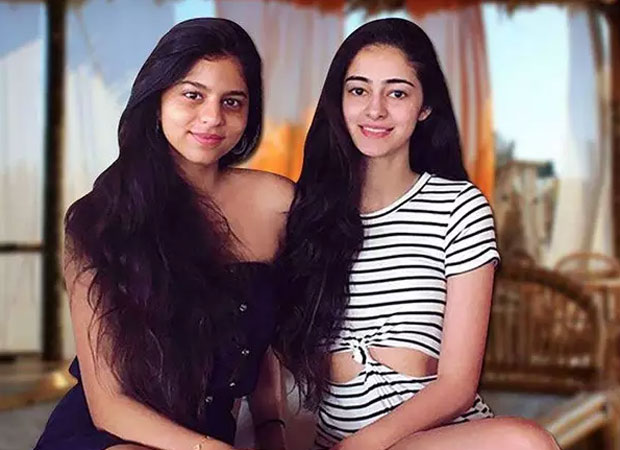 Considering that Ananya Panday has got on with her next film Pati Patni Aur Woh remake, the actress was asked if she would give any kind of tips to Suhana Khan when it comes to acting! In recent reports, Ananya Panday mentioned that she has acted with Suhana in the past. The two of them have been childhood friends and Ananya recalled that they have plays together when they were in school. In fact, Ananya asserted that Suhana is a good actor and that she is amazing. She further added that she has, in fact, learnt a lot from her. Ananya mentioned that she is the one who is actually taking tips from Suhana and hence, the latter doesn’t need any tips.

Not too long ago, the fan clubs of Suhana Khan shared glimpses of her from the short film that she was acting in, for her school project. In fact, as announced by Gauri Khan on social media, Suhana Khan also won the Russell Cup for her contribution to cinema and theatre during the graduation ceremony. Considering the praises that this teenage girl is getting, audiences are only getting more curious about watching her on the big screen!

Coming to Ananya Panday, she too received praises for her performance in Student Of The Year 2. As for her next film, Pati Patni Aur Woh remake, the film has already gone on floors and it will feature Kartik Aaryan and Bhumi Pednekar in lead roles too!