After the success of Gully Boy, Ranveer Singh has begun his highly anticipated film, '83. The actor will essay the role of the legendary Indian Cricket Captain, Kapil Dev. The cast and crew flew to the iconic Lords to begin training there before they began filming in Glasgow. Earlier this week, Deepika Padukone joined the crew who will star as Ranveer's reel wife, Romi Bhatia. 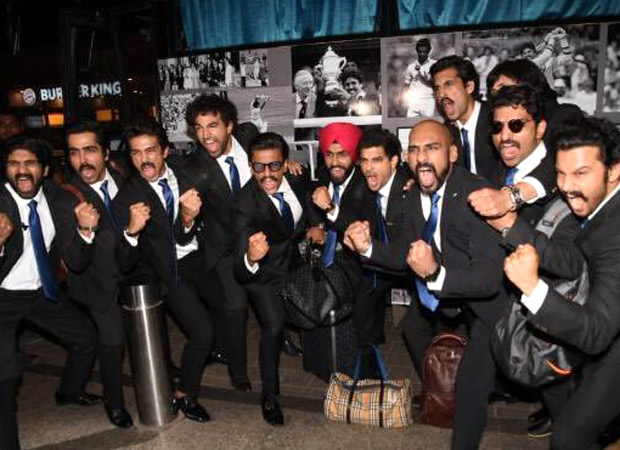 WATCH VIDEOS: Ranveer Singh and ’83 team warm up before shooting in Glasgow

A couple of videos have been doing the rounds of social media in which one can see Ranveer Singh and the '83 team warming up on the ground before kick-starting the shoot in Glasgow. They have been working hard to ace every cricketer's role.

Directed by Kabir Khan, ’83 will bring to light one of the most important events in the history of Indian cricket. The film will be shot at real locations. It is slated for April 2020 release. This is going to be the first tri-lingual release for both, Kabir Khan and Ranveer having being released in Hindi, Tamil, and Telugu.

ALSO READ: WATCH VIDEO: Deepika Padukone cheers for Ranveer Singh from bleachers while he shoots for '83