It has been three years since Kangana Ranaut and R Madhavan’s romantic comedy, Tanu Weds Manu Returns released and was a superhit. The film not only had a good storyline for a sequel but also had amazing chemistry between the two actors. Now, three years later, R Madhavan has reunited with filmmaker Aanand L Rai for Shah Rukh Khan starrer Zero. 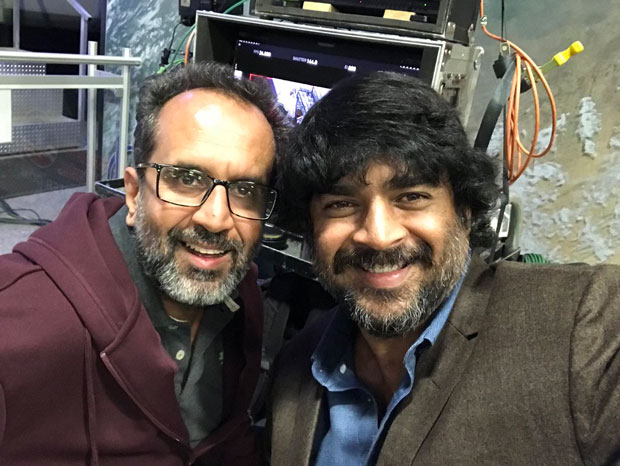 As Tanu Weds Manu Returns completes 3 years today, Aanand L Rai took to Twitter to share a selfie with R Madhavan from the sets of Zero. They have reunited after 3 years. He captioned the image, "It’s #3YearsOfTanuWedsManuReturns and feel so happy to shoot with My Maddy our Manu in US for #zero #friendsforever." According to the reports, R Madhavan reached USA to shoot for his special appearance in Zero. While the actor's role has been kept under wraps, he will reportedly shoot at some science or tech facility.

R Madhavan has worked with Aanand L Rai on both superhit films- Tanu Weds Manu and its sequel Tanu Weds Manu Returns. This will be their third collaboration as director and actor.

Besides him, Jimmy Sheirgill will also have a cameo in the film. It will also have simply amazing cameos of Salman Khan, Rani Mukerji, Kajol, Alia Bhatt, Karisma Kapoor and Juhi Chawla. This will be the last film of late veteran actress Sridevi. Zero stars Anushka Sharma and Katrina Kaif in the lead. It will release on December 21, 2018.