Shah Rukh Khan has been busy with the shooting of Aanand L Rai directorial Zero. After shooting in Mumbai, the filming has now begun in Huntsville. Earlier last week, SRK reached the beautiful location in Alabama. They have already filmed at different locations including Grille 29, the Huntsville Botanical Garden and the Hindu Cultural Center of Alabama in Harvest. 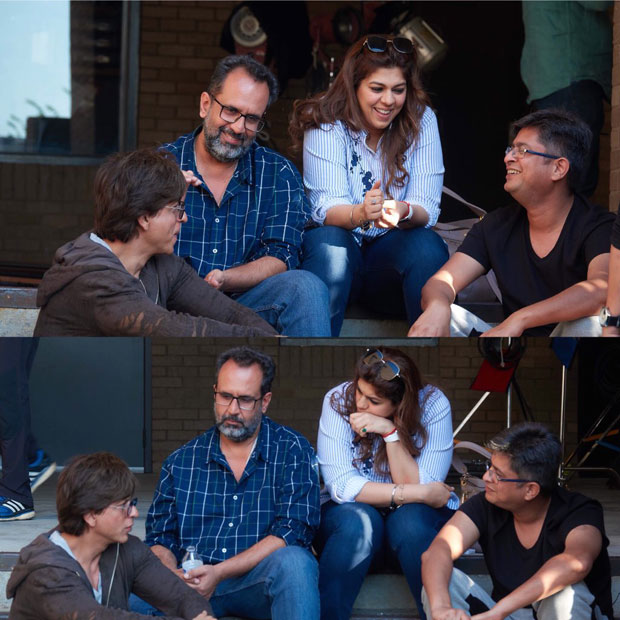 Shah Rukh Khan and Aanand L Rai were seen on the sets of the film Zero recently enjoying some free time. In between shots, they were seen chilling with their crew members. Shah Rukh Khan's manager Pooja Dadlani shared the picture from the set and wrote, "We can chat absolutely anywhere! Love these candid conversations... #zero."

In Zero, Shah Rukh Khan will be seen in never seen before avatar as a vertically challenged man. The film stars Katrina Kaif and Anushka Sharma in the leading roles alongside SRK. This is their second collaboration as the trio after Yash Chopra’s last directorial, Jab Tak Hai Jaan. It will also have simply amazing cameos of Salman Khan, Rani Mukerji, Kajol, Alia Bhatt, Karisma Kapoor and Juhi Chawla. This will be, technically, the last film of late actress Sridevi. Zero will release on December 21, 2018.

Also Read: Shah Rukh Khan starrer Zero to be filmed at the US Space & Rocket Center