The new decade has started and a section of industry is concerned with the uncertainty that it’ll bring. The footfalls have gone down though new benchmarks have been created in terms of box office figures. But competition is immense with even regional and Hollywood films giving tough fight. And then there are of course the OTT platforms that have so much content that audiences don’t mind giving films in cinemas a skip. Also, watching films in theatres is today an expensive proposition. All these aspects will continue in the new decade and might get even bigger. 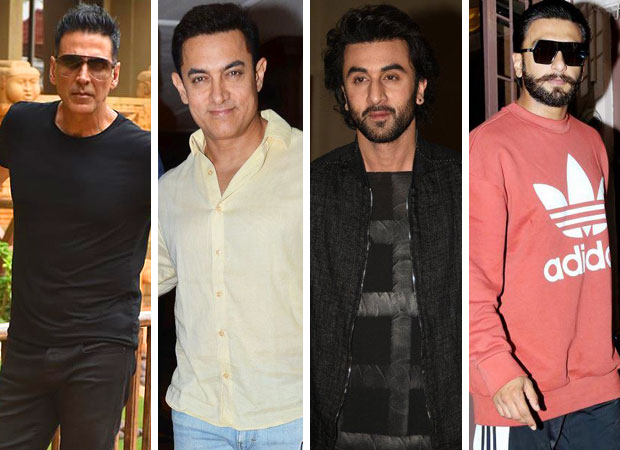 However, the trade experts feel that the situation won’t be as gloomy. After all, our films are becoming bigger and content-wise, better. It’s a given that if the film is mounted on a large and has a good story, then audiences are bound to flock. Hence, so many big, expensive films are already planned. In 2020 itself, we’ll see films like ’83, Tanhaji: The Unsung Warrior, Brahmastra, Sooryavanshi, Prithviraj etc. which will be best enjoyed in cinemas. Trade experts also point out that Simmba and Sooryavanshi have given rise to Avengers-style films, where characters from different films but belonging to same space, will converge, thus providing maximum entertainment to viewers. While Ranveer Singh’s Simmba had Ajay Devgn’s Singham terrific cameo in the climax, Sooryavanshi featuring Akshay Kumar will have both Simmba and Singham coming to the rescue in the finale. And this trend will only grow. Also, there’s a possibility of two characters belonging to two different studios coming together. For example, Dhoom meets Don! In short, everything will be done to ensure the audiences keep coming to theatres with the same excitement.

The success of Baahubali especially, meanwhile, has also shown that more and more South films will be dubbed and released pan-India. However, a trade expert observes, “South dubbed films will grow but not every film is Baahubali. It has become a benchmark and comparisons are bound to be made. So, no South film can escape these parallels. So that’s something that will worry the South producers. After all, to cross the Rs. 510 crore figure of Baahubali is impossible for any South film and even if they do, how will they get the same amount of footfalls?”

As audiences’ taste is evolving, it’ll be a good time for different genres. While masala fares will continue to rule, a trade analyst says “I think every genre is workable. I am little hoping that the horror genre will pick up from 2020 onwards. Even horror comedy will work. Worldwide, horror has the highest ROI. I am hoping that big names do get attached to horror films”. He further said, “Historicals, thrillers, mass masala, action entertainers, love stories etc will thrive. Another genre that I foresee is women oriented films. Kangana Ranaut is leading the pack here with Dhaakad, Thalaivi and Panga. Deepika Padukone is also coming up with Chhapaak. Indoo Ki Jawani, Rashmi Rocket, The Girl On The Train, Saina etc. are all being attempted, all expected to release this year. So there will be more openness to female films. It’ll be a win-win for actors, filmmakers, writers’ storytellers etc.”

Now, coming to actors! The 2020 decade will obviously see a lot of new actors emerging and ruling. But talking of existing actors, trade and industry is unanimous that two of them will continue to rule – Akshay Kumar and Aamir Khan. Aamir Khan’s last film Thugs Of Hindostan was a disaster but that hasn’t dented his credibility since he has given many other meaningful and highly entertaining films. He’s not slotted into one kind of film and he’s also taking up roles of different ages. And he’s proven to be successful in all of them. This will give him a long career.

As for Akshay Kumar, he has left everyone impressed with his smart choices and also box office performance. A trade analyst was heard saying, “Akshay took the decision of diversifying very early in his career. It’s paying rich dividends now. At one point, everyone was saying that he’s doing the same kind of comedy and action roles. There was no variation. But look at his films today. If you talk about 2019, he gave Kesari, Mission Mangal, Housefull 4 and Good Newwz – all different films”. Another expert observed, “Akshay Kumar has already taken over. Every major festival of 2020 has an Akshay Kumar release.” Even Ajay Devgn has got thumbs up from the trade. He has done different kind of films and it has worked well for him. 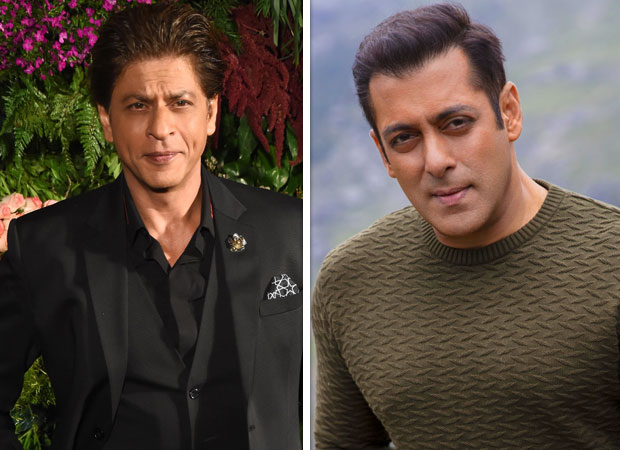 The decade didn’t end of a great note for the other two Khans, Shah Rukh Khan and Salman Khan. SRK didn’t have a release in 2019 with his 2018 biggie Zero not even crossing the Rs. 100 crore mark. He is yet to officially announce his next though he’s already in advanced talks with a couple of filmmakers. Trade experts however feel that he can still survive if he makes the correct choices. Also, a trade expert said that he’s done meaningful films like Swades, Dear Zindagi etc. where he had shed his superstar image, and was loved. If he does something on the same lines, he can earn back the respect of audiences.

The trade however is worried for Salman Khan. His last few films haven’t really done well, with his latest flick Dabangg 3 underperforming. In the past, he has done well in comedy and love stories. But right now, his image is that of an action star and it’s got strongly associated with him. A trade expert, on condition of anonymity, opines, “Shah Rukh Khan can go back to Swades or he can even make for a good Don or something on the lines of The Bourne series. Aamir anyway is here to stay as he seems to be the most smartest and more successful. Where does this leave Salman Khan? He doesn’t fit in any of such films or roles. Think sensibly, can you imagine Salman doing say a film like PK or Laal Singh Chaddha? He wanted an image akin to that of Rajinikanth. And he has done very well in this kind of films for sure but right now; it’s not giving him desired results.”

All the Khans will turn 60 in 2025 and by the time the decade ends, they’ll be of 64 years of age. They ruled well in from 2010-2019 but now, things will change. “Every actor will face this difficulty in accepting that they are not of the same age and that their popularity is dwindling. Even Rajesh Khanna and Amitabh Bachchan had to face that. Amitabh tried to make several comebacks in 90s with films like Major Saab, Lal Baadshah etc. But he realized that if he does different kind of films suiting his age, he can sustain. And even today, at the age of 77, he’s doing so well. And those who are in their early 20s would not be able to identify with the Khans now as much as they can identify with Ranveer Singh and Ayushmann Khurrana. Even when these Khans were ruling in the 90s, the youth then stopped identifying with Amitabh Bachchan. So these actors will have to reinvent,” says a trade analyst.

The biggest grosser of 2019 was War, featured Hrithik Roshan in a hot and dashing avatar that soared the temperatures. The industry is upbeat that he can emerge as the numero uno star. But everyone has a major grouse. “Hrithik has immense potential. He should do at least 2 films a year! We all love him and he was so good in Super 30 and War. He’s someone who can blast the roof with his stardom and box office performance,” rues an expert. Another expert exults, “There’s one asset that reduces with time and you can’t get it back, and that is, your age. Hrithik Roshan doesn’t realize this. When there’s a shelf life of an actor’s career, you have to make the most out of it.” It’s a fair observation, considering that Hrithik, 45, will touch 50 in 2024 and might also go through the same trolling that the Khans faced in their 50s. 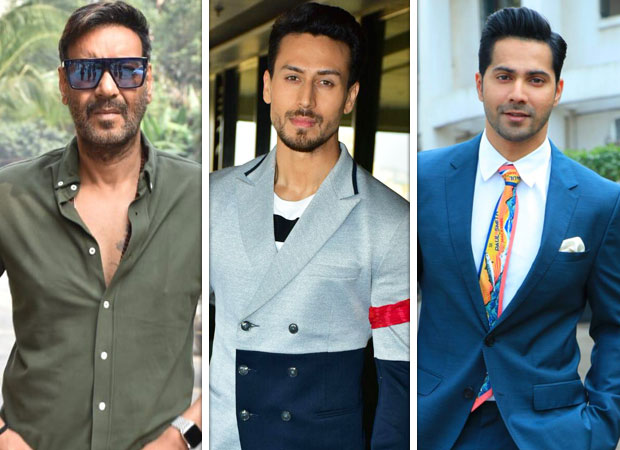 As for the younger actors, Ranbir Kapoor is someone who can surprise big time. But again, like Hrithik Roshan, he is accused of doing fewer films and that the gap between his two movies is quite huge. His last film, Sanju, released in June 2018. By the time his next releases in second half of 2020, it’ll be more than two years since Sanju. But he has proved that he can give a Rs. 300 crore grosser and that the public loves to see him, provided he does the right film. Not just Ranbir, the trade has placed their bets on other actors of his league as well like Ranveer Singh, Tiger Shroff, Varun Dhawan, Vicky Kaushal, Ayushmann Khurrana etc. Who out of them emerges in top 2 or 3 remains to be seen! A trade expert was surprisingly not willing to write off Vidyut Jammwal. He insists, “If he gets some well-mounted, meaningful films, he can surely excel. He managed to cross the Rs. 30 crore mark in Commando 3 despite weak second half. If the film was consistently good from start to finish, it could have made Rs. 50 crore at the box office!” Also, Sidharth Malhotra can surprise, according to some.

Lastly, the trade is confused as to what lies in store for Shahid Kapoor and John Abraham. Shahid’s 2019 film Kabir Singh doing a business of Rs. 278.24 crore was the biggest success story of the year as his earlier solo films had not even crossed the Rs. 70 crore mark. His 2020 flick, Jersey, also a remake, is now one of the most awaited films. “After tasting super success with a remake, it seems he has put his faith in South adaptations. He got the much needed boost with Kabir Singh. Otherwise, it would have been pack up time for him,” says one expert. Others also said that he’s here to stay. But a few of them have reservations. They feel Kabir Singh was a fluke and that he has to consistently give moviegoers something they’ll like and be able to relate to. “The only places where Shahid gets lucky is where he accidentally choses a good script. Otherwise, the choices he makes are of Vishal Bhardwaj films, right?” On the contrary, another expert argues, “Shahid Kapoor has given 10 times more flops than hits. Still, didn’t he survive for 16 years? And most importantly, he has got youth on his side. So there’s no problem for him, at least for another 5 years” 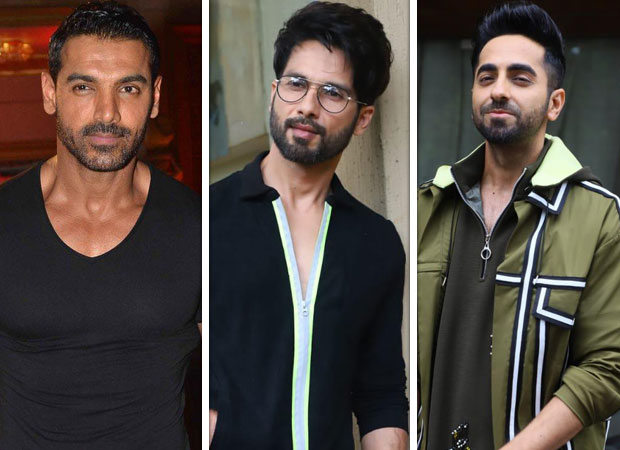 As for John Abraham, he’s on a roll with hits after hits. But 2019 ended on a poor note as his comic caper Pagalpanti didn’t work. Some trade experts fear that even he might get stereotyped like Salman Khan and this will make it tough for him. But a trade expert refuted these observations and said, “Each of his recent film has been different from one another. Even in patriotic films, he can balance a Satyameva Jayate with a Parmanu, which was slightly more intelligent thriller.” Another expert also gave John some chance and said, “John should now do some variation in his roles. Also, he has got the body and looks and is a very dependable actor.”

The bottom-line according to everyone is the same – any actor will flourish provided he does good films and diverse roles. “Rather than relying on their pure stardom to get the numbers at the box office, they have to work in films where the script is the superstar and their presence is incidental,” recommends a trade official while another signs off by saying, “Any actor needs to step out of his comfort zone. Of course, it’ll be difficult at first and people will be sceptical. But in the long run, that works.”