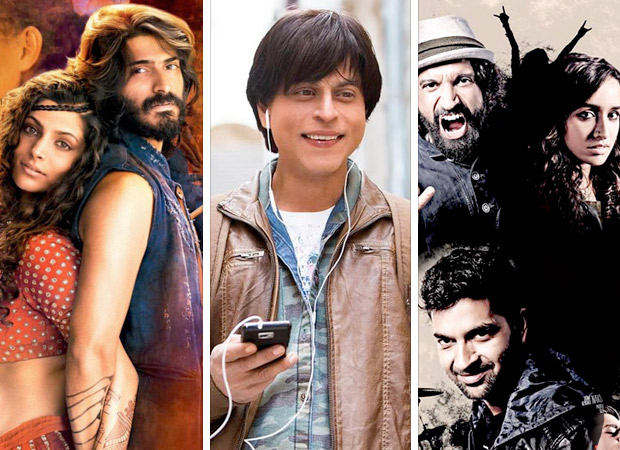 2016 has been one of the more disappointing years when it comes to commercial as well as critical disappointments. Quite a few high profile films failed like nine pins at the Box Office which broke one's heart. In fact there were quite a few disasters galore that pained audiences more than just those associated with these films or the industry in general. We list those 10 films that came with high anticipation but failed.

Mirzya – Rs. 10.43 crore
When the film was announced, it made quite some news since Rakeysh Omprakash Mehra had taken the mantle to introduce Harshvardhan Kapoor along with Saiyami Kher. However, the film never quite rose in buzz and the hype was clearly missing when it released. Just about nothing worked for the film and though it was technically quite impressive, audiences were just not interested to check it out. Result? Disaster!

Rock On 2 – Rs. 10.47 crore
Rock On 2 is one of those rare films that was in news only till the time it was formally announced. Post that it turned out to be totally 'thandi' and just couldn't find any interest amongst anyone either during its making, promotion or release. The fact that it was a bad product further killed any prospects whatsoever that it could have gained. The word of mouth was bad and the film was totally rejected by one and all.

Great Grand Masti – Rs. 13.59 crore
Great Grand Masti is the peculiar case of a sequel not even doing 15% business of a Blockbuster franchise. Grand Masti had done a business of 100 crore and Great Grand Masti failed to earn even Rs. 15 crore at the Box Office. While piracy and massive censor cuts did impact it in a big way, it still doesn't explain why the adult comedy couldn't even garner 50 crore! The film has now put down curtains on the very genre!

Fitoor – Rs. 19.28 crore
Just like Rock On 2, even Fitoor was totally 'thanda' right from its very inception. There were frequent casting changes involving Tabu and Rekha, while the decision to get Katrina Kaif and Aditya Roy Kapur totally misfired. That was apparent from the very first promo of the film which spelt disaster for it right from the very onset. The music didn't work either and at the end of it all, audience didn't show any interest either.

TE3N – Rs. 19.08 crore
Keeping the fact aside that TE3N is clearly one of the most confusing/odd/weird titles that one has seen in a Hindi film, this Sujoy Ghosh produced affair didn't have much going for it even after a reasonably gripping trailer. Even though Amitabh Bachchan led the show in this dark affair and Nawazuddin Siddiqui featured in there as well, the film missed acceptance from a large segment of the audience. Result? Flop!

Kya Kool Hain Hum 3 – Rs. 30.25 crore
The porn-com took on Airlift at the Box Office and actually registered a good opening day of Rs. 8.15 crore. However, the word of mouth was out and out negative, as a result of which it started sliding at a rapid pace. Beyond the franchise factor, nothing really worked for this Tusshar Kapoor and Aftab Shivdasani starrer. Moreover, competition from Airlift proved costly as well. The film folded up in quick time post that. 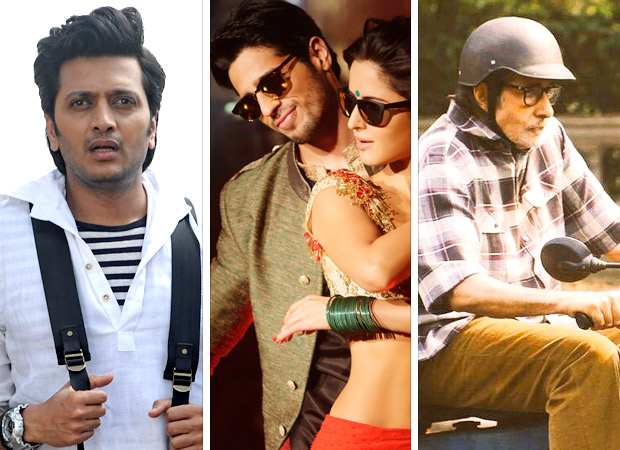 Baar Baar Dekho – Rs. 31.24 crore
Now this one is a heart-breaking tale of a good concept going awry! The film had an interesting plotline of Sidharth Malhotra going back and forth in time to find the meaning of love and life. However, the film's direction was lost in translation and eventually it resulted in immense boredom. Sad, because Sidharth and Katrina looked great together while majority of songs worked too. 'Kaala Chashma' stays to be a rage!

Ghayal Once Again – Rs. 35.7 crore
A slightly delayed release, Ghayal Once Again actually was a decent product with a couple of very good noteworthy sequences before and after the interval point. However, the start was horrid and the climax amateur as a result of which the word of mouth couldn't really catch on. The Sunny Deol starrer could have actually got a better push for itself had there been a better control over storytelling. Sad indeed!

Mohenjo Daro – Rs. 58 crore
Hrithik Roshan and Ashutosh Gowariker coming together again after Jodhaa Akbar was great news. However, the theatrical promo killed the film in a big way. Word of mouth spread around the poor VFX and audiences couldn't connect with the period era, characters and the costumes either. The film wasn't really a poorly executed product though and the story was new too. However, audience gave its final verdict!

Fan – Rs. 84.10 crore
This is one film that disappointed Shah Rukh and his 'fans'. Though the film's failure is attributed to it being a niche affair that is hardly the case as inherently the very storyline was incomprehensible while the execution (by director Maneesh Sharma) weird and wayward. There was just no head or tale in the way the film came towards the finishing line. Shah Rukh Khan came up with a good act memorable though.