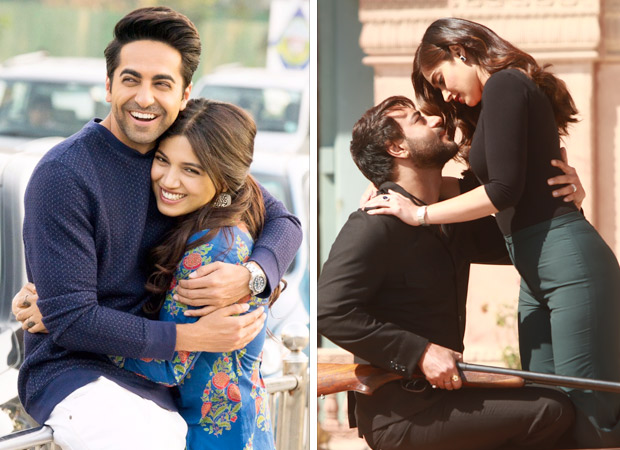 After last week’s cluttered release with multiple films hitting screens this week we see a somewhat clearer release pattern with just two releases in the form of SHUBH MANGAL SAAVDHAN and BAADSHAHO. While SHUBH MANGAL SAAVDHAN that stars Ayushmann Khurrana and Bhumi Pednekar is a remake of south film is expected to work well in metros, the Milan Luthria directed BAADSHAHO that features Ajay Devgn, Emraan Hashmi, Esha Gupta, Ileana D’Cruz and Vidyut Jammwal promises to be a massy entertainer. But which of the two new releases will take the lead at the box office is the question of the hour.

As per reports, SHUBH MANGAL SAAVDHAN has opened on a slightly sluggish note with occupancy rate during morning shows being pegged at 10%, on the other hand the multi starrer BAADSHAHO has opened on a much better note with an occupancy rate of 35%. However, given the fact that SHUBH MANGAL SAAVDHAN has received very positive reviews and enjoys good word of mouth among the audience the business of the film is expected to pick up over the weekend, while BAADSHAHO that caters mainly to the masses is expected to fare well in the mass dominated sectors.

On the whole, SHUBH MANGAL SAAVDHAN that is aimed at the multiplex going audience in metros will see a growth in business over the weekend; BAADSHAHO too will see good growth in mass sectors. Aiding the business of both the films further will be the festive season of Bakri Eid this Saturday that is more than likely to boost collections.