Over the past few years, a little over a decade to be precise, we have seen the Marvel Cinematic Universe take shape. With twenty films already released in the run up to an ultimate climactic ending, each release has taken the story line forward. Now doing just that as well as introducing Marvel’s first female lead superhero film is CAPTAIN MARVEL, which is the 21st film in the MCU. But will CAPTAIN MARVEL that comes with immense expectations match up to the previous releases, and more importantly will it lay the foundations of what to expect in the much anticipated AVENGERS: ENDGAME are questions that fans across the globe are asking. 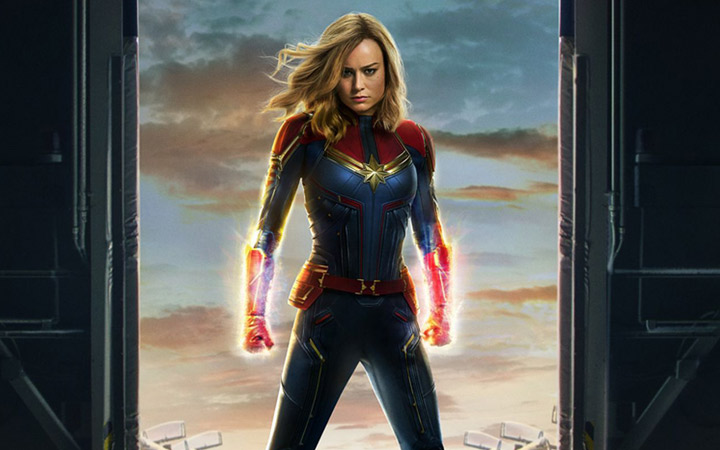 Set in 1995 CAPTAIN MARVEL follows the story of Carol Danvers (Brie Larson) a former U.S. Air Force fighter pilot, as she turns into one of the galaxy's mightiest heroes and joins Starforce, an elite Kree military team, before returning home with questions about her past and identity when Earth is caught in the centre of a galactic conflict between two alien worlds. Will Danvers manage to patch together her past to reveal who she was, will she be able to subvert the Skrull invasion that threatens the existence of humans and earth, and most importantly will she eventually be the one to undo the decimation are questions that make up the rest of the film.

Being a film set in the 1990s, CAPTAIN MARVEL begins with detailing existing characters that we have come to know like Nick Fury, Phil Coulson, Korath the Pursuer, and Ronan the Accuser. Said to be set even before the events from the first IRON MAN happened, CAPTAIN MARVEL makes use of Marvel’s de-aging technology to bring us a younger Coulson (Clark Gregg), and Nick Fury (Samuel L. Jackson). Right from the outset the viewer is well aware of the fact that like the previous MCU films that have introduced characters, this one too will give viewers a backstory of who Captain Marvel is, where she came from, how she got her powers, and what exactly her powers are. However, a major question that has been plaguing the MCU fan base is the possibility of spoilers that could mar the viewing experience of AVENGERS: ENDGAME. But, rest assured, since Captain Marvel is set in a time when the Avengers never existed, it will be a far cry for spoilers to be visible.

That said, we have to admit that directors Anna Boden and Ryan Fleck have done a neat job with CAPTAIN MARVEL. Keeping in line with the previous MCU films this one too does well in detailing a back story for Carol Dancers that gives her role depth and helps develop a connect with the audience. A point that deserves to be mentioned here is that though Danvers suffers from amnesia and is able to remember her past life in glimpses and dreams, the on screen proceedings are never confusing. In fact, Boden and Fleck have blended montages of her past life well into the narrative and give the story progression an easy flow. Coupled with this is the fact that though CAPTAIN MARVEL is an actioner, it does have its share of dramatic and comic moments that are well interspersed into the narrative.

Speaking about performances Brie Larson as Carol Danvers aka Captain Marvel does well in her given role. Despite being burdened with the weight of essaying the first ever female superhero character in an MCU film, Larson does a commendable job. Samuel L. Jackson is his usual self as Nick Fury, a role that has now become synonymous with. Ben Mendelshon as Talos/ Keller has similarly done a good job. Though caked in layers of prosthetics for his Skrull look, Mendelshon's acting skills still manage to shine through. Here a mention needs to be made for the stellar job done by the stunt coordinators who have executed the action sequences brilliantly.

Coupled with a watertight screenplay and stellar performances, CAPTAIN MARVEL also features a good background score. Keeping in mind the time period the film is set in, the film's directors have done their research in terms of audio. Besides this the directors have also paid detailed attention to the prevalent language and slang of that era.

On the whole, CAPTAIN MARVEL, is a thrilling ride that has the right amount of action, drama, and comedy, all rolled together with some fine performances. Despite being the 21st film on the MCU, it still retains that freshness and edge of the seat thrill that is certain to drive viewers berserk. At the box office, the film is expected to do very well, given the high level of anticipation for it.