After much hype and anticipation today after 10 years we see the release of the film AVENGERS: INFINITY WAR. With a staggering 18 films used to set up this epic summer release expectations for it are at an all-time high. But will the film live up to the fan expectations or will it like the second instalment of Avengers fizzle at the box office is the question of the hour. 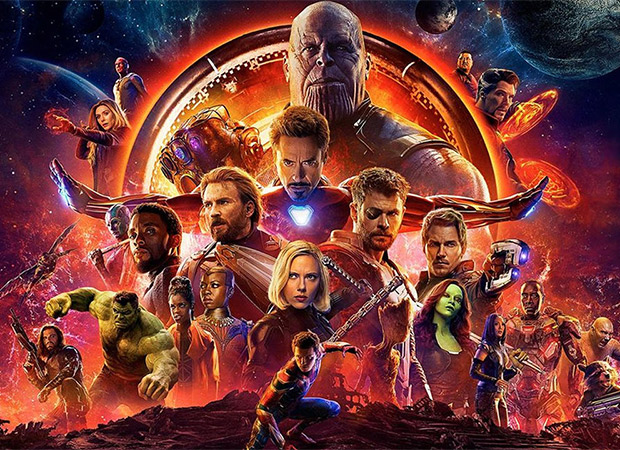 Current reports state that AVENGERS: INFINITY WAR has seen an unprecedented rate of advance bookings with sold out shows on Friday in multiple locations. In fact, as per data received from a leading online ticketing portal the film has sold over 1 million tickets till date since opening booking on Sunday. With this is now just second to BAAHUBALI 2: THE CONCLUSION in all time advance sales bookings.

Being one of the most anticipated Hollywood films till date AVENGERS: INFINITY WAR that has released in multiple languages across 2000+ screens with 50% being dedicated to regional release the film is expected to open with a bang. In fact, reports peg the occupancy rate at a massive 90%. On the other hand the Bollywood release DAAS DEV seems to be floundering. Managing to squeeze in a 5% opening, reports state that in certain locations shows of DAAS DEV have been cancelled and might be replaced with the Hollywood mega entertainer.

On the whole, this weekend will be a Marvel(ous) fare with AVENGERS: INFINITY WAR dominating the box office. Positive reviews across the board and audience anxiously awaiting its release guarantee the film a Rs. 20+ cr opening day collection. As for DAAS DEV, the Sudhir Mishra directorial faces a tough road ahead.