Avengers: Infinity War (English) Movie Review: Avengers Infinity War is an EPIC action film with amazing and fast paced action sequences. From featuring an engrossing story line to an AWESOME villain, this film has it all.

Making a film that spans not just two or three characters but instead features a multitude of characters, more precisely 76 of them is feat in itself. Well, the latest offering from Marvel in the form of the highly anticipated and keenly awaited AVENGERS: INFINITY WAR is exactly that. An unprecedented cinematic journey ten years in the making and spanning the entire Marvel Cinematic Universe, Marvel Studios' AVENGERS: INFINITY WAR brings to the screen the ultimate, deadliest showdown of all time. Given the immense hype for the film and the massive fan following each superhero character has developed over the decade long saga, it is a no brainer that the film will be a sure shot money spinner at the box office. However, we at Bollywood Hungama dissect the film to tell you why this one should definitely be on your must watch list. 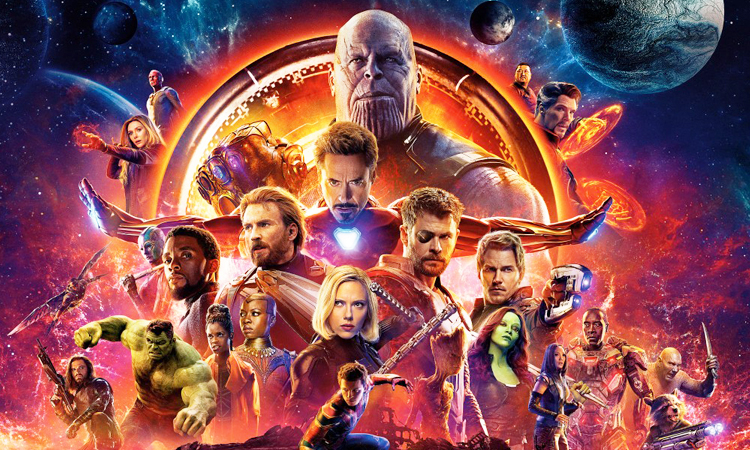 AVENGERS: INFINITY WAR starts off with the Avengers and their allies continuing to protect the world from threats too large for any one hero to handle. But, a new danger has emerged from the cosmic shadows: Thanos. A despot of intergalactic infamy, his goal is to collect all six Infinity Stones, artefacts of unimaginable power, and use them to inflict his twisted will on all of reality. Everything the Avengers have fought for has led up to this moment - the fate of Earth and existence itself has never been more uncertain. Faced with dire consequences, the Avengers and their Super Hero allies must be willing to sacrifice all in an attempt to defeat the powerful Thanos before his blitz of devastation and ruin puts an end to the universe. Going into the film you are inundated with tags like ‘epic film’, ‘not to miss spectacle’ and ‘definite must watch’ that are often used to promote and hype big ticket summer releases. In the case of AVENGERS: INFINITY WAR each one of these tags hold true. Believe the hype, this film that features all of the Marvel superhero characters that have been introduced so far and some that are yet to be seen does full justice to what a Marvel film should be.

The film starts off where the last Marvel film THOR: RAGNAROK left off with the Asgardian brothers Thor and Loki heading off on a spaceship. Thanos accosts their convoy laying waste their craft eventually acquiring the Space stone that was housed in the Tessaract. Defeated and left for dead, Thor teams up with the Guardians of the Galaxy who arrive at the location following a distress beacon. On a parallel track, learning of Thanos’ evil plan, Bruce Banner AKA The Hulk makes his way back to earth arriving (read crashing) at Doctor Strange’s lair. Once there, he teams up with Strange and Tony Stark after detailing what he has learnt. With the location of five of the six power stones that Thanos is after being known, Earth’s mightiest defenders team up to formulate a plan to stop the mad titan and save not just Earth but half the universe. Whether they succeed or fall victim to the tyranny of Thanos is what makes up the rest of AVENGERS: INFINITY WAR.

Given Marvel’s penchant for larger than life cinematic experiences, expectations from AVENGERS: INFINITY WAR is high, and the film lives up to each and every bit of hype. Naturally, the special effects and visuals as you would expect are top notch and seamlessly woven into the film. However, the high point of the film has to be its direction. In fact, the Russo brothers are faced with the mammoth task of telling a one line story that involves a multitude of characters and parallel story lines in a coherent way without confusing the viewers. In this regard it's fair to say that the Russo brothers have gone above and beyond in narrating the film interweaving each individual story line with the main plot of the film developing a stellar piece of beautiful filmmaking amid an ocean of chaos. 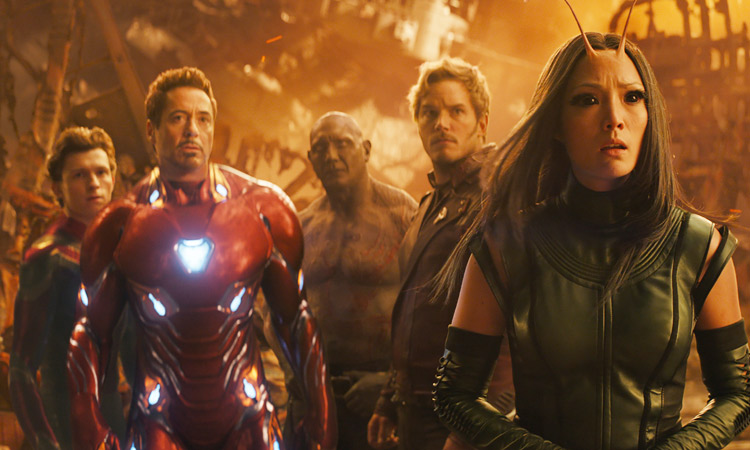 Coupled with the marvellous direction is the spot on Editing that keeps the film crisp and edgy. Keeping up with the rapid progression on screen, the editing is fast paced and seamless in effect enhancing the story telling ability of the directors. If that wasn’t all, the Background Score of the film plays well with the narrative building up the anticipation for each climactic battle sequence. Besides this, a special mention needs to be made for the writing team who have done a brilliant job of detailing each character while at the same time not making the depiction too heavy or lengthy. In fact, Thanos too has been well detailed, from his mannerisms to his methods each and every aspect lends to the viewer understanding the tyrannical titan and his motivations.

Performance wise, each of the members of the cast have gone the extra mile to bring to life the larger than life characters battling a cataclysmic evil. Though with the number of cast members this segment alone deserves a stand alone post, suffice to say that each and everyone from Robert Downey Jr. as Tony Stark AKA Iron Man to Chris Evans as Captain America, from Scarlett Johansson as Black Widow to Zoe Saldana as Gamora and from Chris Pratt as Star Lord to Tom Holland as Spider Man each have brought in their own charm. However, it is Josh Brolin as Thanos who steals the show. With a character that has been worked upon the most, Brolin does full justice in depicting the power hungry evil overlord.

All in all, AVENGERS: INFINITY WAR is every bit an EPIC action film with amazing and fast paced action sequences. From featuring an engrossing story line to a well-defined and AWESOME villain, this film has it all, proving that the 10 year long, 18 film build up that leads to climactic surprise ridden visually extravagant end was well worth the wait.

Watch it on the BIG SCREEN. Do not miss it!

The winning streak continues! RAAZI has proved, for the umpteenth time, content is king

Published on May 21, 2018 09:46 AM IST
Bollywood Hungama News Network https://www.bollywoodhungama.com/

Published on May 16, 2018 08:00 AM IST
Bollywood Hungama News Network https://www.bollywoodhungama.com/

Published on May 10, 2018 11:30 AM IST
Bollywood Hungama News Network https://www.bollywoodhungama.com/