In just three weeks, Uri - The Surgical Strike has collected Rs. 170.52 crore at the Box Office. This is truly a phenomenal number since the film had opened at Rs. 8.20 crore and even now after three weeks the average total is over Rs. 8 crore per day. This is unprecedented and has never happened before at least in last couple of decades. 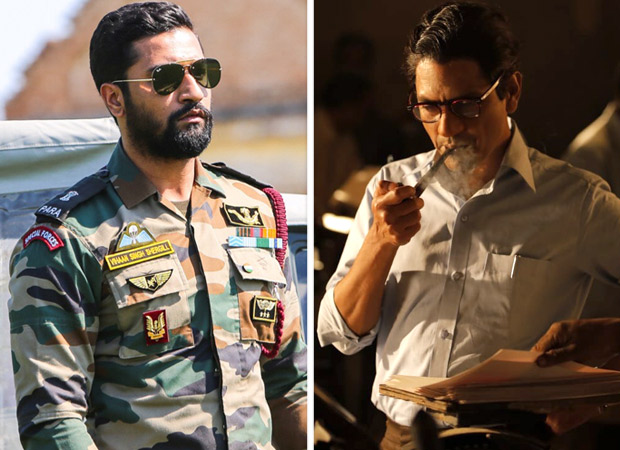 In fact the film is continuing to score major milestones with every passing day. It has not just surpassed the lifetime numbers of Baaghi 2 [Rs. 166 crore] but has now gone past Race 3 [Rs. 169 crore] as well. Next is Bang Bang [Rs. 181 crore], another action film, and there is a good chance of that number been surpassed over the fourth weekend. A huge Blockbuster.

Meanwhile Thackeray has just about hung on decently to warrant yet another week's run. In its Hindi and Marathi versions combined together, the film has collected Rs. 30 crore. Considering the fact that Nawazuddin Siddiqui is leading the show here, this is still a decent number. That said, the film has been made at a reasonable cost which means a lifetime of Rs. 50 crore would have been more appropriate. As of now though, the film is heading towards a lifetime of Rs. 37-40 crore, which is lesser than expected.