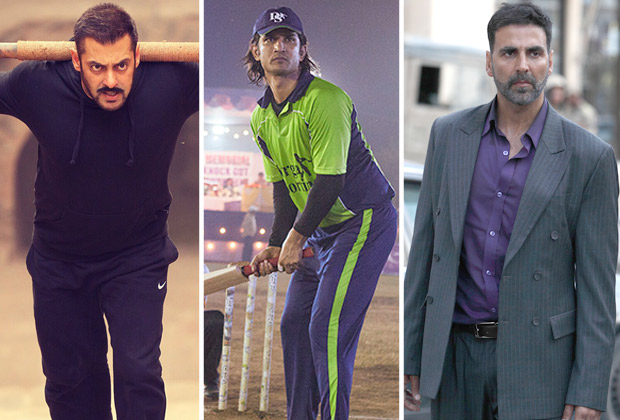 The year has almost come to an end with just over two months left, and it is time to take stock of which films did well over the past months. While there will be the obvious ones topping the charts, 2016 has seen a mixed bag of reactions to films.

In this box office report, we take a look at the Top 10 grossers of the year so far. Not surprisingly it is the Salman Khan starrer Sultan that firmly occupies the number one slot with collections pegged at Rs. 300.45 cr. However, taking the second spot is the film M.S. Dhoni – The Untold Story starring Sushant Singh Rajput. The film which collected Rs. 129.5 cr is incidentally also the actor’s highest grossing film till date. Similarly, another surprise entrant into the Top 3 slots is the Akshay Kumar starrer Airlift that has collected Rs. 128.1 cr, followed by yet another Akshay starrer Rustom that collected Rs. 127.49 cr. While Shah Rukh Khan contrary to previous years comes in sixth with Fan that collected Rs. 84.1 cr.

Disclaimer:
The box office figures are compiled from various sources and our own research. The figures can be approximate and Bollywood Hungama does not make any claims about the authenticity of the data. However they are adequately indicative of the box-office performance of the film(s).