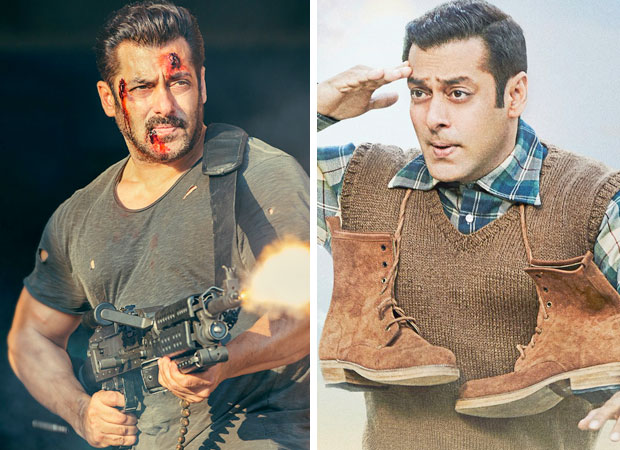 This is what happens when a superstar goes ahead and delivers what he promises. Records are created and Box Office starts to breathe well all over again. Salman Khan has lived up to the promise made with Tiger Zinda Hai, what with Rs. 35.30 crore more coming on the second day. With this the overall total for the film has already reached Rs. 69.40 crore.

What is remarkable about this number is the fact that the entire weekend of Salman Khan's last release Tubelight has been surpassed in two days flat. The Kabir Khan directed film had accumulated Rs. 64.77 crore over the weekend after a modest (by Salman Khan's standards) opening day of Rs. 21.15 crore. However, Tiger Zinda Hai has been on a fast track and is now marching towards the Rs. 100 crore mark in quick time.

Today the film is expected to roar even better since tomorrow is a holiday too (due to Christmas). Hence, the evening and night shows would be healthy as well. The film should definitely touch the Rs. 38 crore mark today and even Rs. 40 crore is a good possibility.

All said and done, this Ali Abbas Zafar directed film would be in Top-10 films of 2017 (w.r.t. lifetime total) in just three days flat and chances are bright that Judwaa 2 lifetime of Rs. 138.61 crore would be surpassed by the time Monday comes to a close. That would make Tiger Zinda Hai the third highest grosser of 2017 in four days flat with only Baahubali 2 and Golmaal Again above it.

This one is a Superhit in the making.