Dabangg 3 has completed its first week at the box office and it has seen a rather uneven run so far. If the opening day was a little below expectations, lack of growth on Saturday was alarming. Thankfully, the film went up on Sunday, hence lending good hopes. However, Monday was down again while Tuesday was relatively steady. A good high did come on Wednesday due to Christmas holiday but then there was a fall over again on Thursday. 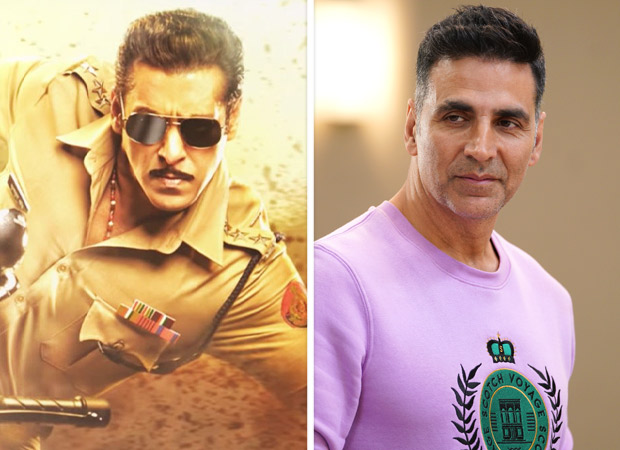 This pretty much conveyed loud and clear that the film saw mixed reactions coming from the audiences and hence couldn't really scale the kind of height that one usually associated with a Salman Khan starrer. That said, the film did well to still find a place amongst Top-5 biggest openers of 2019. The film managed to surpass holiday release Mission Mangal by a little margin though fell pretty short of Bharat, which again didn't quite see universal acceptance.

Here is presenting the list of Top-10 first week numbers of Bollywood biggies:

As can be seen, Dabangg 3 is finding a spot in the Top-5. This way, Salman Khan now has two of his films featuring in the Top-5, the other being Bharat. However, chances are bright that Akshay Kumar's Good Newwz may sneak into the Top-5 on its release, hence displacing Dabangg 3 from the fifth spot. In fact if that indeed turns out to be the case, Akshay Kumar would be in a better position than Salman Khan as this way he would have two of his films in the Top-5, the other being Housefull 4.

This is going to be a closely fought battle and we would know the eventual outcome in just a week from now.