Last week, it was Bollywood release Veere Di Wedding that did the trick and took a double-digit start. This week it is going to be Chris Pratt and Bryce Dallas Howard starrer Jurassic World: Fallen Kingdom that should find good audience footfalls in theatres. Even though there hasn't been much hype surrounding the film prior to release, the franchise factor should ensure that there is a loyal set of audiences that walks in. 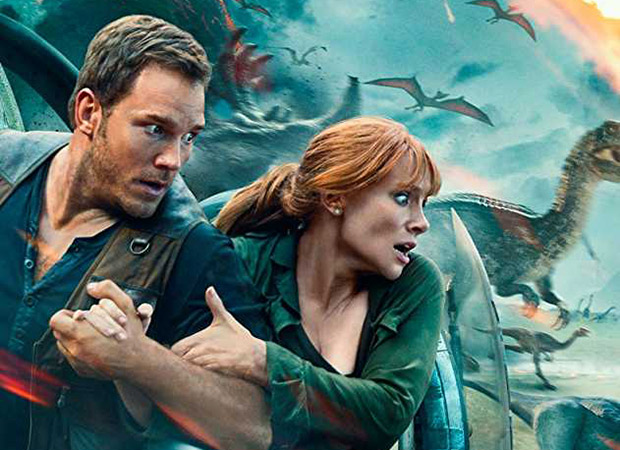 Back in 2015 when Jurassic World had released, it had collected Rs. 4.75 crore on its opening day. However, the sequel is now expected to collect at least double of it. First and foremost Hollywood films are finding better traction than before. Secondly, the release is also much huger this time around. Moreover, Jurassic World had enjoyed very good sustenance at the Box Office and had played on for long. That should further add on to the recall value.

Moreover, if one looks at the trends for the franchise affairs, even Deadpool had taken an opening of Rs. 4.10 crore but this year when Deadpool 2 released, it collected Rs. 11.25 crore on its first day. By the same comparison, even Jurassic World: Fallen Kingdom is expected to bring in over Rs. 10 crore on Friday and that would set it up well for a winning run ahead.

The film is seeing an early release today and whatever comes in would be akin to Paid Previews since there is competition from Veere Di Wedding as well which is still running on its designated number of screens for the first week. The real game for Jurassic World: Fallen Kingdom would begin from today when there would be an all-around release.

SCOOP: SS Rajamouli to shoot for a song with…