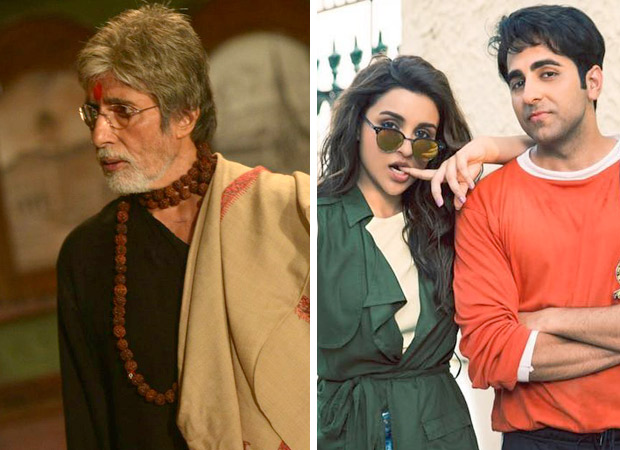 Expectedly, Meri Pyaari Bindu had some sort on growth on Saturday as it brought in Rs. 2.25 crore more. With this, the film's total currently stands at Rs. 4 crore. A much bigger jump was the need of the hour though but that was always going to be tough due to so much of competition around it. Moreover, the word of mouth had to be outstanding too if the collections had to double from Friday to Saturday.

The film should be heading towards the Rs. 7 crore mark after the weekend and that would be just a little over Ayushmann Khurranna's last release Dum Laga Ke Haisha that had collected Rs. 6 crore over the weekend (after netting Rs. 1.1 crore on its opening day). As for Parineeti Chopra, the film is doing lesser than her Daawat-e-Ishq. That film had netted an opening weekend of Rs. 13.5 crore and now her Meri Pyaari Bindu could well be heading towards that mark (at best) after its first week.

Sarkar 3 was the other release of the week and isn't really staying much in contention now. After a poor opening day of Rs. 2.10 crore, the film's growth on Saturday was limited too, what with Rs. 2.25 crore coming in. The film now stands at Rs. 4.35 crore and that should ideally have been the first day numbers for the Ram Gopal Varma directed affair. Amitabh Bachchan's last release Pink had a weekend of Rs. 21.5 crore and as things stand today, Sarkar 3 could well be seeing this as a lifetime total in the final tally. Disappointing.