There are currently three holdover releases in the running - The Lion King, Super 30 and Judgementall Hai Kya. The Hollywood animation film is third week in the running and hung on reasonably well to bring in Rs. 1.75 lacs more. As a result the overall total for the film is now Rs. 129.07 crores. The trend so far for the film has evidenced huge jumps on Saturdays and Sundays, and this is what is expected this weekend as well. At least Rs. 7-8 crores more could well come in for the film before it steps into the weekdays. Superhit. 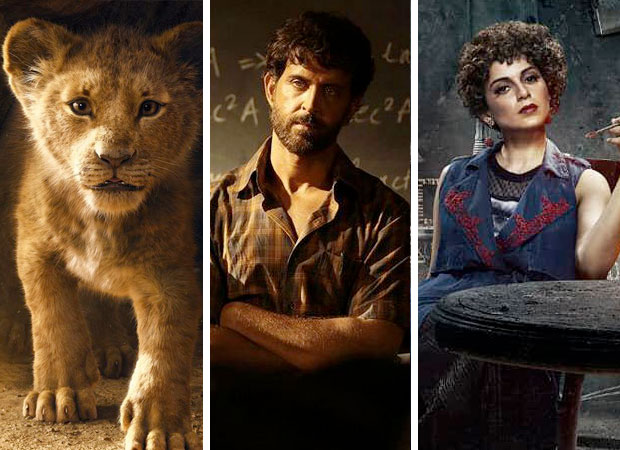 Super 30 had been showing very good trending over the week gone by and that continued in the fourth week as well. The Hrithik Roshan starrer had collected Rs. 1.51 crores on Thursday and now on Friday Rs. 0.96 lacs more have been accumulated. This has brought the overall total to Rs. 132.61 crores. Just like The Lion King, even Super 30 has been showing good jumps over the weekend and that would ensure that the Sajid Nadiadwala production goes much ahead of the Rs. 135 crores mark before it enters the weekdays. Hit.

Another film currently in the running is Judgementall Hai Kya which has now stepped into the second week. The film had stable weekdays in the mid-range and all eyes were on how the second week would begin. Ideally, the drop shouldn’t have been there between Thursday and Friday. However, the shows were reduced for the film and target audience too had more or less been exhausted in the first week. As a result, 0.75 crore more came in. With this, the total now stands at Rs. 27.55 crores and one waits to see whether jumps come in today and tomorrow as that would help it come closer to the Rs. 40 crores total.