Sushant Singh Rajput is definitely ending the year on a high. His Kedarnath has been doing well at the Box Office, what with the numbers improving further on Saturday. The film collected Rs.3.50 crore* more and with that the numbers have now reached Rs.48.45 crore*. The Abhishek Kapoor directed film has now gone past Sushant Singh's Shuddh Desi Romance [Rs.48 crore] and the next target is Kai Po Che [Rs.49.67 crore] which would be crossed today. 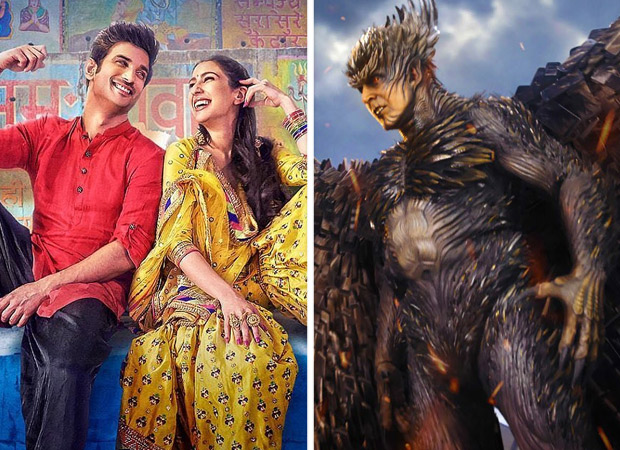 The film is Above Average already and is progressing well to earn a Semi-Hit status for itself. Yet again, a debutant [Sara Ali Khan] has started her career well with a love story.

On the other hand action thriller 2.0 [Hindi] is collecting well too, though one would have expected a much bigger momentum in its drive towards the Rs.200 Crore Club total. That is not going to happen though and the film would fall a little short. With Rs. 2.75 crore* more coming on the third Saturday, the film has now accumulated Rs.181.75 crore*. With this, the Shankar directed film has gone past another action thriller Bang Bang which had collected Rs.181 crore in its lifetime.

That said, both Kedarnath as well as 2.0 [Hindi] may have scored even higher had it not been for the release of Aquaman which is bringing in good money and is set for a weekend in excess of 20 crore.