The year 2018 was a mixed year for the film industry, with certain released hitting gold, a few others turned copper. However, 2018 ended on a high note with the Rohit Shetty film Simmba that continued its stellar run at the box office well into the first month of 2019. But we aren’t talking about last year’s releases; instead with the first quarter of 2019 coming to an end, we decided to take a comparative look to see how profitable the New Year has been so far. 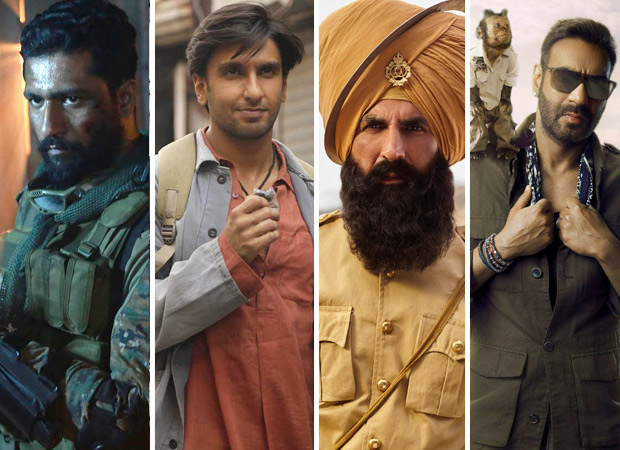 Unlike 2018 that saw a slow start, 2019 has opened with a bang thanks to the Vicky Kaushal starrer URI – The Surgical Strike hitting the right note with the audience. In fact, the Aditya Dhar directed film went on to become one of the highest grossing releases in recent times. But it wasn’t just URI that set the box office register jingling, following it were other releases like the Akshay Kumar starrer Kesari, the Ranveer Singh starrer Gully Boy, and the multi starrer Total Dhamaal that rocked the box office.

Speaking about the difference between the two years viz. 2018 and 2019, Film Trade Analyst Taran Adarsh says, “2019 has been a good year so far, and has started off on a bang. The reason behind this is the content of the films that have been released. I always say content is king and the audience knows exactly what they want. If you look at the releases in 2019 each of them have been content driven films that have worked, since the viewer is attuned to what he wants to watch. Once the trailer or teaser of a film is released the common man knows whether the film and its content appeals to him. It is from this itself that the viewer discerns whether they want to patronize a film. And in 2019 each of the releases have been content driven, which has led to a good turnaround at the box office.”

Kartik Aaryan gets lost on his way to…

Pooja Entertainment refutes rumours of a…