It has been a disappointing last couple of Fridays as both Goodbye and Vikram Vedha have emerged as theatrical flops at the box office. It was expected that Vikram Vedha would do good business since the original was a success and the remake was quit faithful to it as well, but that was not the case to be. On the other hand, Goodbye could have been a coverage affair at least with some respectable numbers coming in, but that did not happen either. As a result, after all the good work done by Brahmastra, it's back to minimal footfalls for last 10 days. 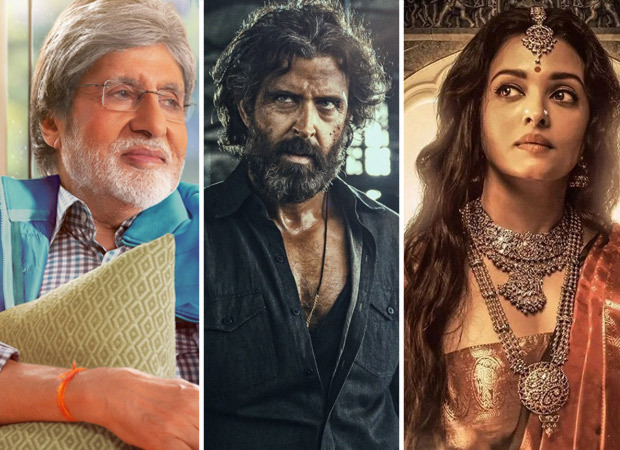 Goodbye could just now grow over the weekend and its total stands at Rs. 4 crores*. This is extremely low and less than even first day numbers of Piku which had a similar set up and had collected Rs. 5.58 crores on its first day. For this Vikas Behl directed film, a weekend of Rs. 10 crores was expected at a bare minimum but the numbers that have come in are less than half of that which is quite disheartening.

On the other hand, amongst holdover released, Vikram Vedha has remained low as well with just Rs. 5 crores* been collected on Sunday. The trending between Friday and Saturday was good and then Sunday was better. One just waits to see whether the film stay stable now on the weekdays or would there be a decline when compared to Friday. Still, At most, at least Rs. 6 crores more would now come in till Thursday, and that would help push its total beyond the Rs. 75 crores mark. So far, the film has collected Rs. 70 crores*.

As for PS-1 (Hindi), the film is having its small little run at select properties. The film now stands at Rs. 18.65 crores* and would eventually have a lifetime beyond Rs. 25 crores. That would allow it to be an average affair eventually, which is not bad at all especially in the current times.