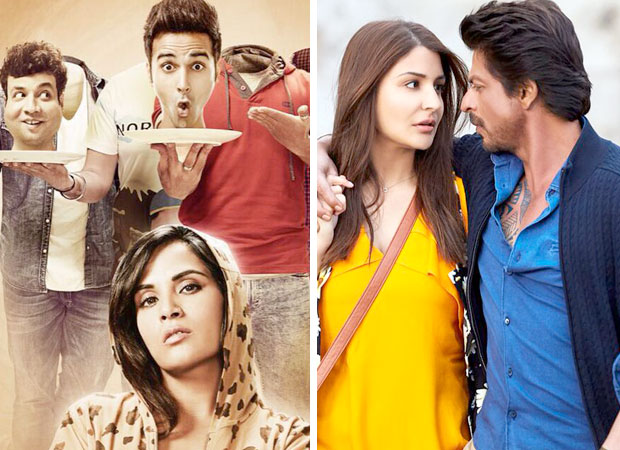 Fukrey Returns has done something that not even those associated with it would have ever imagined. The film has not just gone past the lifetime total of Shah Rukh Khan and Anushka Sharma starrer Jab Harry Met Sejal [Rs. 64.50 crore], it has managed to do that in real quick time, what with the feat been accomplished in 10 days flat.

Yes, you heard it right!

The film had yet another very good weekend and now stands at Rs. 66.11 crore already. In the process, it has also gone past the lifetime total of a couple of other films too that had scored in the 60s in 2017 - Secret Superstar [Rs. 63.50 crore] and Half Girlfriend [Rs. 60.30 crore].

Next target for the film is Hindi Medium which had scored Rs. 69.50 crore in its lifetime run. The manner in which Fukrey Returns is currently scoring, this milestone too would be accomplished insider the second week itself.

The film is a Superhit and had it not been for Tiger Zinda Hai which would be arriving on the coming Friday, it would have well been set for many more milestones in time to come.