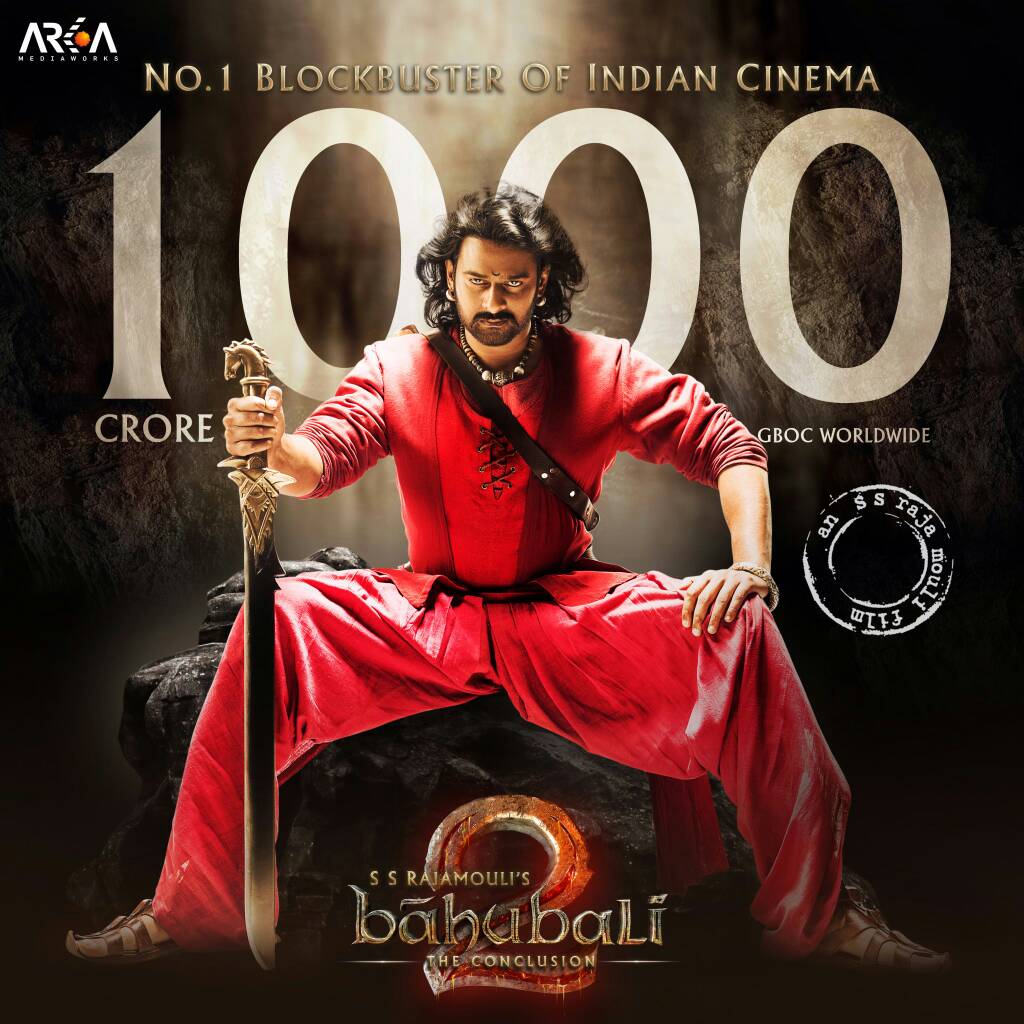 The second part of the epic saga Baahubali, has been doing roaring business since it's release. After becoming one of the highest opening weekend grossers the film has fast gone one to break and establish new box office records.

Now establishing yet another record, Baahubali 2 - The Conclusion has become the first Indian film to gross Rs. 1000 Cr at the global box office. In fact Baahubali 2 - The Conclusion has grossed approx. Rs. 800 cr. at the domestic box office and another Rs. 200 cr. has come in from the overseas markets
Interstingly, since the film hasn't yet slowed down its staggering box office run, what remains to be seen is whether the film goes on to raise the bar even higher.